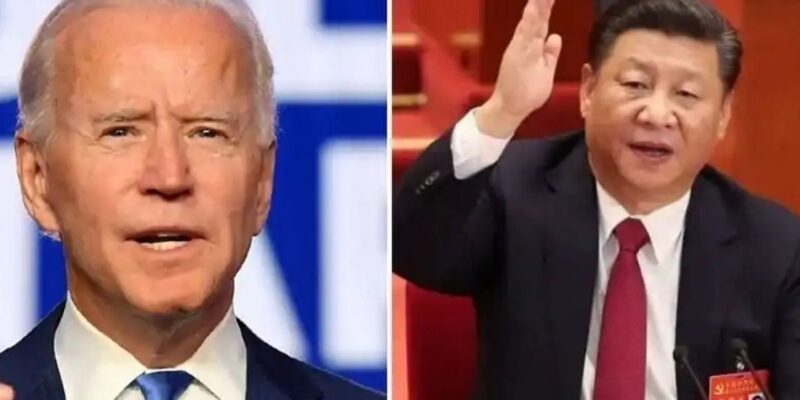 Joe Biden Discuss Taiwan Issue With Xi Jinping: The risk of war between China and Taiwan has increased. China is continuously sending a record number of fighter aircraft towards Taiwan. US President Joe Biden has spoken with Chinese President Xi Jinping on this issue. In fact, China lays claim to Taiwan. At the same time, Taiwan officials have said that relations with China are going through the worst phase in 40 years. When reporters asked Biden questions about China’s growing aggression towards Taiwan, he said that he had spoken with Xi on this matter.

Biden said, ‘I have spoken with Xi (Chinese President Xi Jinping) about Taiwan. We have agreed that we will abide by the Taiwan Agreement and we have made it clear that I do not think they (China) should do anything other than abide by the agreement. Earlier on Monday, Taiwan said that 56 Chinese fighter jets had infiltrated its Air Defense Identification Zone (ADIZ).

These fighter aircraft are being sent daily in record numbers from Friday. This is the same day when China celebrated its National Day. China has sent twice as many fighter planes this year as compared to 2020. On Wednesday, Defense Minister Chiu Kuo-cheng told parliament that tensions with China are at their worst in 40 years and warned that Beijing may have the potential to launch a full-scale invasion of Taiwan by 2025. .

‘Taiwan will do anything to protect’

Taiwan’s President Tsai Ing-wen wrote an article earlier on Tuesday. In this, he had told that if Taiwan went into the hands of China, it would have a disastrous effect on the Asian Pacific region. she wrote. ‘If Taiwan’s democracy and lifestyle are threatened, Taiwan will do whatever it can to protect itself.’ Responding to Tsai’s article, China’s state-run Global Times accused the president and his Democratic Progressive Party (DPP) of turning Taiwan’s democracy into an “extreme ideology”.

Also read- US: A post office will be named after Sandeep Singh Dhaliwal in Houston, know who were these brave Sikh police officers

Also read- The controversy that started because of AUKUS will end! America took responsibility for differences, Blinken met Macron in France

The controversy that started because of AUKUS will end! America took responsibility for differences, Blinken met Macron in France