After 267 days, Marco Jansen’s revenge is complete, the settlement with Rashid Khan is no longer incomplete 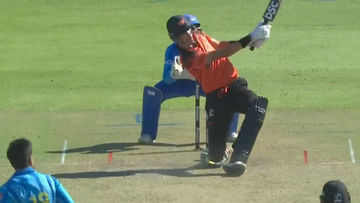 Marco Janson scored 28 runs in one over of Rashid Khan

They say that you will kill one, we will kill two. Something similar was also seen in the new T20 league started in South Africa. 267 days old account was settled in this league. now you say that SA20 League has begun. Right now only its first season is being played, then what is the meaning of 267 days old settlement? So tell that the fire of revenge that Marco Jansen has taken in SA20 was burning in his chest since IPL 2022. He has now pacified the fire that was burning against Rashid Khan.

Marco Janson hit 4 sixes in just one over out of 7 sixes scored in this smoky innings. Out of 3 fours, one four was also hit in the same over. While the entire 28 runs in 66 runs were scored in just this one over. And, this over was of Rashid Khan, which was the 16th over of Sunrisers Eastern Cap’s innings in the match.

Marco Janson’s 28 runs in one over of Rashid Khan was like taking revenge for him and equalizing the account. In fact, in the IPL match played on 27 April 2022, Rashid Khan played an explosive inning against Sunrisers Hyderabad while playing for Gujarat Titans. In the same inning, he took 25 runs in one over of Marco Janson. This was the last i.e. 20th over of Gujraj Titans’ innings in that match. During this, Rashid hit 4 sixes in Yanson’s over and took 1 single.