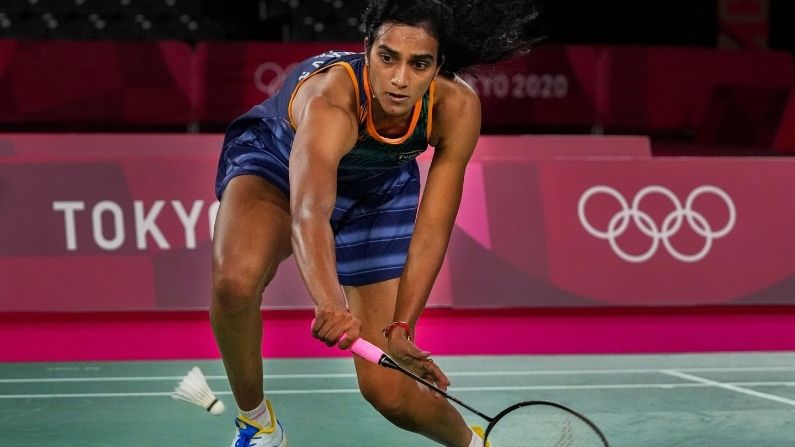 World champion PV Sindhu missed her chance to win gold at the Tokyo Olympics 2020 and lost to Tai Tzu Ying 21-18, 21-12 in straight sets.

PV Sindhu had to face defeat in the semi-finals of the Tokyo Olympics.

PV Sindhu will face defeat in the semi-finals of the Tokyo Olympics 2020 on Saturday. Now on Sunday, she will enter the bronze medal match against China’s He Bing Jiao. Defending world champion Sindhu’s dream of winning a gold medal was shattered by a semi-final loss, but she has a chance to win a bronze medal. Before this match, her father gave a special message to Sindhu. PV Ramanna said that her daughter should forget the painful loss to world number one Tai Tzu Ying in the semi-finals and play a bronze medal match. World champion Sindhu missed her chance to win gold at the Tokyo Olympics and went down 21-18, 21-12 to Tai Tzu Ying in straight sets. In the last five years, Indian players have won titles in all major tournaments. He won the silver medal at the 2016 Rio Olympics.

Ramanna, who was a member of India’s 1986 Asian Games bronze medal-winning volleyball team, told reporters, “Tomorrow we have to be more alert and he will have to do his best to win a medal for the country.” He will have to forget the defeat, although it is painful for any player to play for the third and fourth place. He should take Sunday’s match as a new match. Things like this happen when a player is not in the rhythm. Yesterday she was in good rhythm. She was coming in the normal game and was catching Yamaguchi easily. Today Tai Tzu didn’t give her any chance.’

Ramanna said – should have played a long rally with Tai

Ramanna further said, ‘Every drop shot by Tai Tzu brought him success. Actually, the strategy in front of Tai should be to play a rally of at least 25 to 30 shots. That’s why it didn’t happen today. Tai was in full command in the match. He is also eager to win the Olympic medal or the World Championship. So far she has not been able to do this while she has been number one many times.

read this also: Tokyo 2020: India will fight in hockey, will fight for semi-final tickets, see the schedule of August 1 in Olympics