Tokyo Olympics 2020: Four years ago I was under stress, wanted to quit swimming, mother’s advice changed my life and then my dream came true 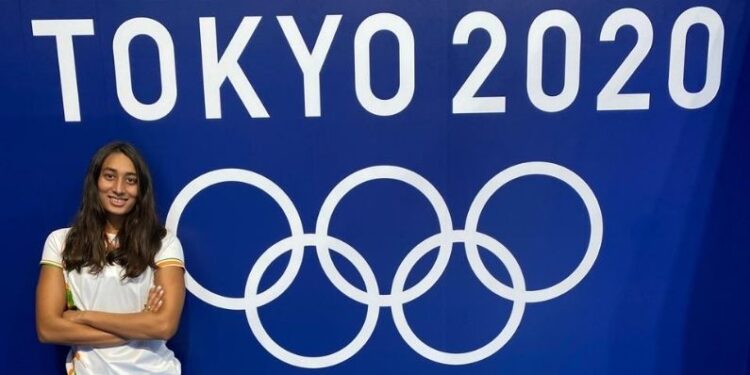 The Indian woman swimmer returned to competitive swimming in 2018 and not only won three gold medals but also improved her national record in the women’s 100m backstroke event.

It is the dream of every sportsperson to represent the country and win medals in the Olympic Games, which is called the Maha Kumbh of the Games. For this, players work hard for hours and give their lives. If this dream of many players comes true, then many remain. India’s female swimmer Mana Patel, however, has made her dream come true after battling with many hardships and tensions. He is set to represent the country at the Tokyo Olympic Games starting Friday. She was battling a shoulder injury four years ago and due to this she went under stress.

Mana got into swimming when her mother took to swimming during the summer holidays in 2008 in hopes of boosting her daughter’s appetite. Eight-year-old Mana started surprising everyone with her performance at such a young age. Mana told PTI, “I was very thin as a child and I did not feel hungry. That’s why my mother took me swimming in the summer holidays in 2008 that I would play in the water for a while and come home and eat well. I started enjoying swimming and then things started moving in the right direction. Slowly I started participating in club level competitions. People saw my race and said that she is a very good swimmer. ”

Mana qualified for the 100m backstroke event at the Tokyo Games through a ‘university quota’. He set three national backstroke records at the age of 13. This swimmer said, “In 2013, I broke the Indian record. I was faster than the boys in my age. ”

Mana won six medals at the 2016 South Asian Games but in 2017 her shoulder was injured after which everything changed. “I had an injury to my left shoulder so I had to withdraw from all the races and I was just focusing on my rehabilitation,” she said.

During rehab, he lost about six kilograms of weight. Recently she moved from Ahmedabad to Mumbai. The 21-year-old swimmer spoke about his troubles while battling an injury on TEDxYouthTalk. He said, “I had to start from scratch so it was very disappointing, very difficult mentally and emotionally. There came a time when I really wanted to quit swimming. I was young and didn’t know how to deal with the injury. I was under a lot of stress. ”

But believed that the advice of his mother changed his attitude towards life. She said, “My mother said that if you leave it, you may get used to leaving it like this and you will continue doing this for the rest of your life. It’s not a big problem, everyone is trying to make you strong and fit, you just need to believe in yourself. ”

Then Mana returned to competitive swimming in 2018 and she not only won three gold medals but also improved her national record in the women’s 100m backstroke event.

Tokyo Olympics 2020: Sumit Nagal will get this player’s challenge in the first round, this pair will be in front of Sania-Ankita