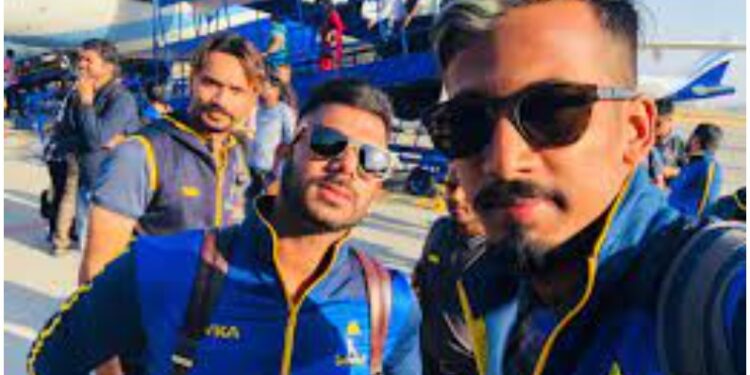 Bengal Cricket’s fitness camp is going to be held from July 23, in which 39 players have been given space. There is also a sports minister among these players.

Manoj Tiwari may have entered politics now. He is sitting on the post of Sports Minister in the state government of Bengal. But, even after entering politics, his relationship with cricket has not left. Sports Minister Manoj Tiwari has been included in the 39 players selected by the Cricket Association of Bengal, who will be part of the fitness camp. Manoj Tiwari has been associated with the Bengal cricket team for a long time. He is knowing the batting of the middle order of this team and has also been sharing his experiences with the young players of the team.

Before leaving domestic cricket due to injury, 39-year-old Manoj Tiwari played the last match for Bengal in the Ranji Trophy final against Saurashtra in the year 2020. But there is still a lot of cricket left in Tiwary and in the years to come, he can be seen doing some more great performances.

fitness camp will be held from 23 july

Bengal Cricket’s fitness camp is going to be held from July 23, in which all the 39 faces selected including Manoj Tiwary will be seen participating. After winning the election from Shibpur constituency, Tiwari had said in a conversation with Outlook, “I will maintain my fitness. I’ll just wait to see how things go. But I can’t stop myself from playing a few more matches for Bengal now.”

Regarding the fitness camp, CAB secretary Snehasish Ganguly said that the presence of all the players would be mandatory and every player would have to meet the fitness parameters set by the association. Apart from Tiwari in the fitness camp, Lakshmi Ratan Shukla is also returning after 6 years. With the return of this player, the team can get a big boost. Shukla also left cricket and went to politics and was away from this game since 2015. Shukla was the coach of the Under-23 team in the 2021-22 season. Earlier, CAB retained VVS Laxman as batting consultant and Arun Lal as head coach.