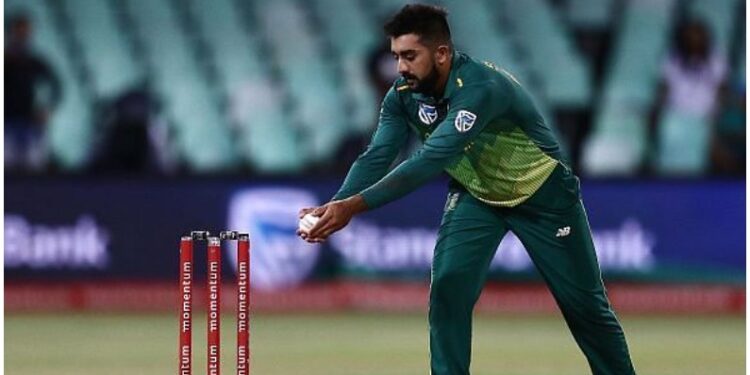 Ireland had to face defeat in the first T20. South Africa defeated them by a huge margin of 33 runs to ensure a 1-0 lead in the T20I series.

Shamsi took 4 wickets in the first T20 against Ireland

After the ODI series was tied, there was a chance of T20 turmoil. The teams of Ireland and South Africa were once again face to face. But, the result of this match was not what the host Ireland would have thought. In his own home, South Africa’s world number one T20 bowler Tabrez Shamsi broke his spine. The middle order of a team is the backbone of its batting order. But in front of Shamsi, Ireland’s middle order was seen falling on its face. And, thus Ireland had to face defeat in the first T20. South Africa defeated them by a huge margin of 33 runs to ensure a 1-0 lead in the 3 T20I series.

In the match, South Africa batted first and scored 165 runs for 7 wickets in 20 overs. None of his batsmen scored a half-century from the South African side. The team’s biggest score was 39 runs, which came from the bat of Aidan Markram. After this David Miller scored 28 runs and Rasi Van Dar Dusen scored 25 runs. Adair took 3 wickets for Ireland while Simi Singh got 2 wickets.

Now hosts Ireland had a challenge to score 166 runs. He had a bad start in front of this goal. Both the openers returned to the pavilion within just 10 runs. After this there was a third blow before 30 runs were added on the score board. Then, within 50 runs, 5 wickets fell for the team. And thus Ireland could manage to score only 132 runs for 9 wickets in 20 overs.

T20 world number one bowler Tabrez Shamsi had a big hand in thinning Ireland’s condition in the first ODI, who took 4 wickets for 27 runs in 4 overs. He has retained his West Indies form in Ireland as well. All four of Shamsi’s victims were the middle-order batsmen of Ireland. Shamsi was the man of the series with the highest number of wickets in the series played in the West Indies and here too he started the T20 series by becoming the man of the match.