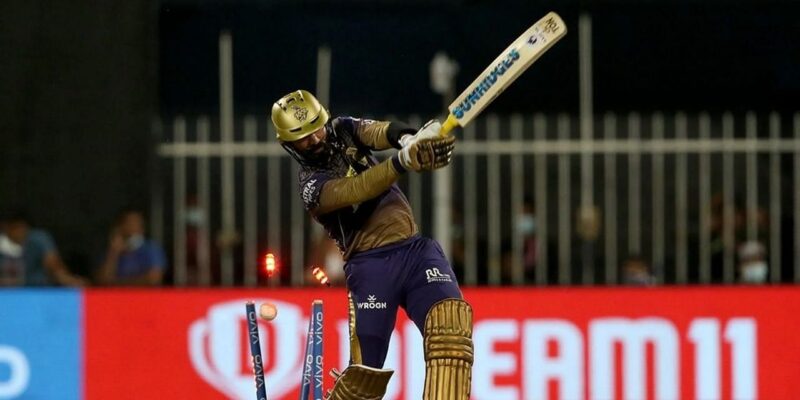 Dinesh Karthik’s bat could not do wonders in Qualifier 2. (Pic Credit IPL)

IPL-2021 (IPL 2021) has got its two finalists. In the first qualifier, Chennai Super Kings defeated Delhi Capitals to make it to the final. Delhi lost from here and reached the second qualifier where it faced Kolkata Knight Riders. Here too he got defeated and once again Kolkata Knight Riders made it to the final. Now on Friday, both the teams will face each other in the final. Kolkata defeated Delhi in a thrilling match, but after this match he got a bad news. The team’s experienced player and former captain Dinesh Karthik has been punished. Karthik has been reprimanded by the IPL for his behavior after the match.

The IPL has issued a statement saying that Karthik has been found guilty of violating the league’s code of conduct. “Kolkata Knight Riders wicketkeeper-batsman Dinesh Karthik has been found guilty of breaching the league’s code of conduct in a match played against Delhi Capitals in Qualifier 2 of the Indian Premier League,” IPL said in a statement. Karthik has violated Article 2.2 of Level 1. He has accepted his mistake and accepted the punishment. In violation of Level-1 rules, the decision of the match referee of the team is final.

The match between Delhi and Kolkata was very exciting. Delhi batted first and scored 135 runs for the loss of five wickets. For that opener Shikhar Dhawan played an innings of 36 runs. In his innings, Dhawan hit one four and two sixes. After him Shreyas Iyer was the second highest scorer of the team. Iyer played an innings of 30 not out off 27 balls. His innings included a four and a six. No other batsman could contribute well for Delhi. Kolkata got off to a great start. His opening pair of Shubman Gill and Venkatesh Iyer scored 96 runs for the first wicket. Gill scored 46 runs and Iyer scored 55 runs. Iyer faced 41 balls and hit four fours and three sixes. While Gill faced 46 balls, he hit a four and a six. After the dismissal of these two, Kolkata was in danger of defeat. Karthik could not open his account even after playing three balls, but in the end, Rahul Tripathi put the team’s boat across. He gave the team victory by hitting a six on the fifth ball of the last over. Tripathi faced 11 balls and hit a six and it was the winning six.

23-year-old bowler wreaks havoc in Sharjah, took 5 wickets with a hat-trick, made a big contribution to shine KKR in IPL

Is the government giving approval to install 4G/5G towers in the house? Know the full truth of this viral message