IND vs SL: Hardik Pandya’s coach is upset with Team India on this matter, said- he should have got a chance 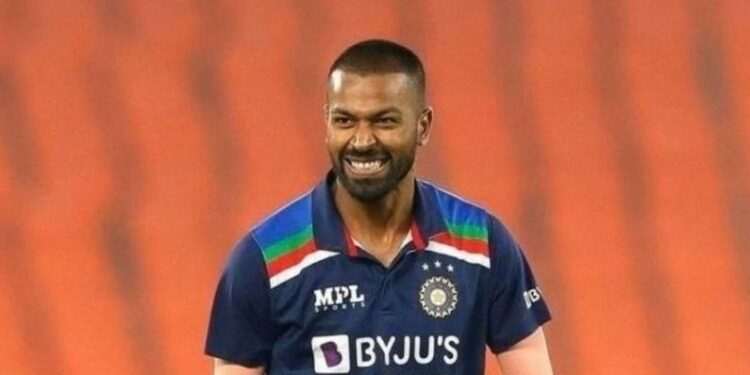 For the Sri Lanka tour, in the absence of Virat Kohli and Rohit Sharma, veteran opener Shikhar Dhawan has been made the captain of the team, while Bhuvneshwar Kumar is the vice-captain.

Hardik Pandya is one of the few senior players in the Indian team that toured Sri Lanka.

One Indian cricket team is currently away from the field, so the other is ready to get into action. The Indian team that went on the tour of Sri Lanka will start showing its strength from Sunday, July 18. Most of the players in the Indian team that went on this tour for ODI and T20 series are less experienced or new. Along with this, the team has also got a new captain. Senior batsman Shikhar Dhawan will lead the Indian team for the first time. Being the senior most member of the team, Dhawan was expected to be made the captain, but the team also had players like Hardik Pandya and Bhuvneshwar Kumar. Bhuvi has been made the vice-captain, but his coach is disappointed with Hardik not being picked for this responsibility.

Hardik Pandya, a regular member of India’s ODI and T20 team, was battling injury till last year and made a comeback on the tour of Australia. Although he did not get a place in the Test team for the tour of England, but now on the tour of Sri Lanka, he will play an important responsibility as a senior member of the team. However, his childhood coach Jitendra Singh believes that Hardik could have been picked for the captaincy as he is the future of the team and could have brought new ideas into the captaincy.

it would have been a good investment for the future

Sports website cricketnext In an interview given to Jitendra Singh, he expressed his displeasure over not being made the captain of Hardik and said that he should have been given this opportunity. The coach said, “Of course I was (disappointed). He could have been a good option as he can play for 5-7 years. He has got new ideas and is very energetic. He could have proved to be a good investment, especially for the white-ball format.”

Hardik can be a good batsman in Tests

Hardik’s coach also said that his disciple can prove to be a good batsman for Test cricket as well. He said, “He can contribute. He has the technique, patience and maturity and can prove himself if given a chance. Circumstances don’t affect him because his technique is simple and effective.”

Hardik has not played any Test match for the Indian team since the 2018 tour of England. Since then, he has not been able to make a place in the Test team due to lack of bowling. This is the reason why his place in ODIs has also raised some questions in recent times as India has less of an option due to his inability to bowl.

Also read: Ind vs Eng: Team India’s holiday is over, preparation for Test series will begin, this is the plan ahead