Chris Gayle was able to score 102 runs in 9 innings, Pollard said one thing before the match and a storm came on the field 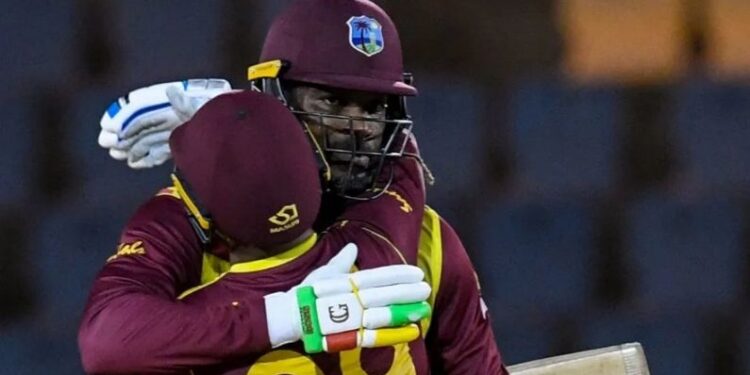 Chris Gayle made a comeback from the series against Sri Lanka earlier this year. But could not score runs. Since the year 2016, he had not been able to score fifty in International T20 matches.

Chris Gayle ended the drought of big scores in International T20 matches by scoring a fifty against Australia.

Chris Gayle has praised West Indies captain Kieron Pollard after his 38-ball 67 in the third T20I against Australia. After the match, Gayle said that the captain had spoken to him and it helped him come out of poor form. Before this match, Chris Gayle had only 102 runs in nine innings. He made a comeback from the series against Sri Lanka earlier this year. But runs were not being scored. Since the year 2016, he had not been able to score fifty in International T20 matches. But in the third T20 match against Australia, he left the old game behind. He hit seven sixes and also completed his 14 thousand runs in T20 cricket.

In the post match presentation, Chris Gayle said, ‘It has been a wonderful journey. I am very happy and first of all I am happy to win the series. I congratulate caretaker captain Nicholas Pooran for winning a wonderful series against a great team. As far as Kieran Pollard is concerned, he has played a big role. Although he has not played in this series. You all know that I was struggling to score runs, so it was good to score runs today. I dedicate this fifty and record to West Indies, my teammates especially Kieron Pollard. We had a team meeting before this match and he told me where I am in the team. He wants me to express myself. So I am grateful to him for this conversation because sometimes it doesn’t matter how great you are, you need a conversation.’

He further said, ‘I appreciate these senior players, they have played a wonderful role in whatever happened today. With this strength and solidarity, we are playing amazing cricket. And I am happy with this series win. Gayle wants to play in the T20 World Cup to be held in UAE this year. He said, ‘My main focus is the World Cup. Don’t worry about the numbers. Chris Gayle is unable to score runs. Soon he will be 42 years old. You guys should be happy that Chris Gayle is still on the field. Hopefully Chris will be there for as long as possible. Respect Universe Boss. Let him play and have fun.’

read this also: Team India lost 6 out of the last 8 ODIs, this star batsman worried, said – a lot of work has to be done