Inaugurating Khel Mahakumbh in Gujarat, PM Modi said, ‘that day is not far away India will win many gold in many sports together’ 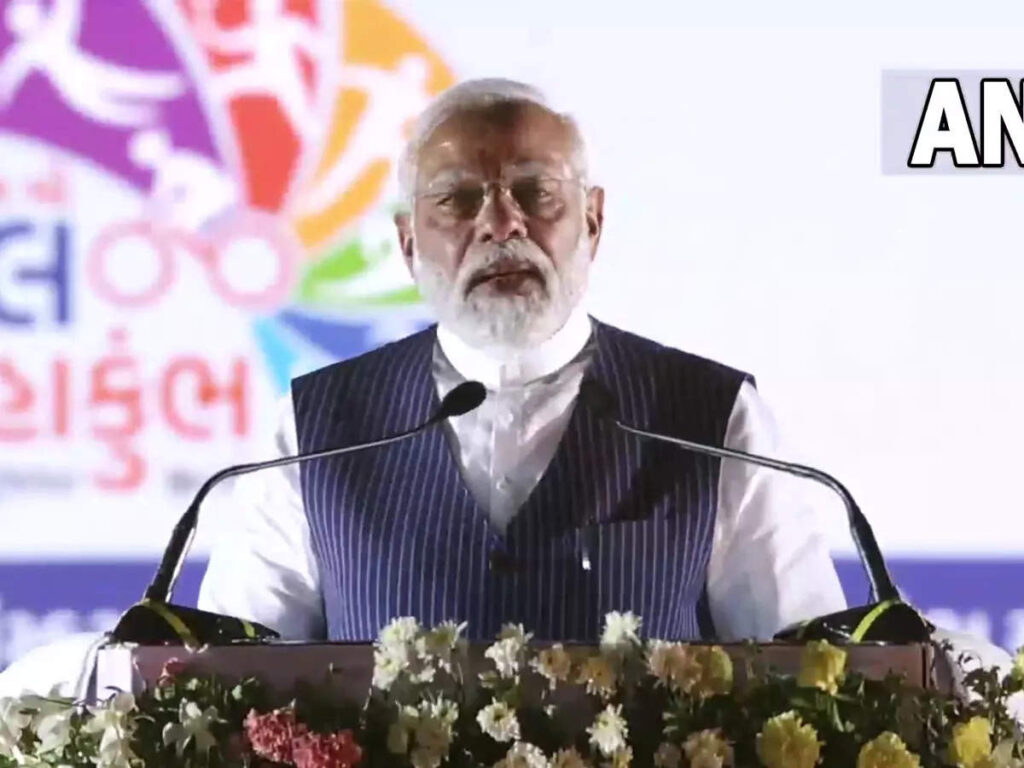 Share
Facebook Twitter LinkedIn Pinterest Email
Gujarat: Prime Minister Narendra Modi launched Khel Mahakumbh 2022 at Sardar Patel Stadium in Ahmedabad. During this, he said that the day is not far when India’s tricolor will also be hoisted in countries that have won many gold simultaneously in many sports. He said that India’s youth power will take it a long way. PM Modi had come to Gujarat on a two-day visit.

During the inauguration of Khel Mahakumbh, PM Modi said, ‘I congratulate the Gujarat government, especially CM Bhupendrabhai Patel, for this grand event. Due to Corona, there was a brake on the Khel Mahakumbh for two years but the grandeur with which Bhupendrabhai started the event has given a new spirit to the youth.

PM Modi said at Sardar Patel Stadium, ‘I remember 12 years ago in 2010, during my tenure as the Chief Minister of Gujarat, I started Khel Mahakumbh. Today I can say that the dream of which I sowed the seed is now visible to become a banyan tree. Today I am seeing that seed taking the shape of a banyan tree.’

PM Modi said, ‘In the first Khel Mahakumbh in 2010, Gujarat started it with 13 lakh players in 16 sports. Bhupendra Bhai told me that in the Khel Mahakumbh held in 2019, this participation had reached from 13 lakh to 40 lakh youth. These constant efforts, the sadhana that the players practiced and when the player progresses there is a long penance behind it. The resolve that the people of Gujarat had taken together is today waving its flag in the world.

Regarding politics in sports, PM Modi said, ‘Not only as nepotism has entered politics, in the same way, lack of transparency in the selection of players was a big factor in the sports world too. All the talent of the players was spent in battling the problems. The youth of India are touching the sky today by coming out of that building.

During the Khel Mahakumbh, PM Modi said, ‘There was a time when India’s identity in the sports world rested on only 1-2 games. Due to this the sports which were associated with the identity and pride of the country were also forgotten. Because of this, the amount of attention that should have been focused on increasing the resources related to sports, modernizing smart infrastructure, was stopped.

The States That Rely Most on the Gun Industry