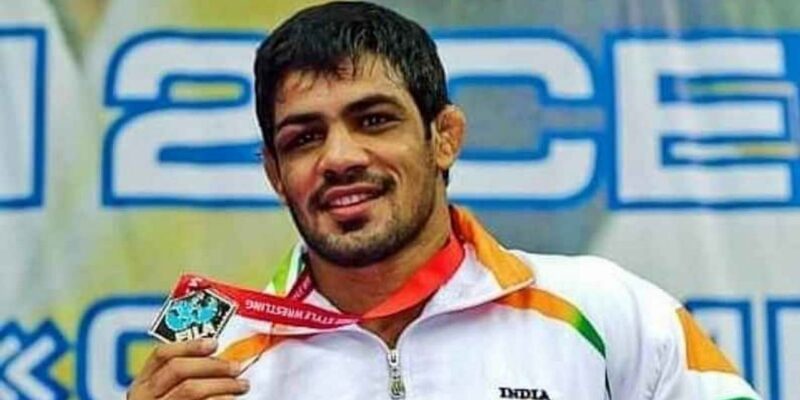 Why would Olympian wrestler Sushil Kumar and his gang allegedly attack a junior wrestler and brutally murder him? Does it have anything to do with a humble athlete winning an Olympic medal and becoming a celebrity overnight? The point here is not just to become rich overnight, in which it is really difficult to be comfortable. There are also clinics in Europe that help people who have suddenly become rich through inheritance or fortune to cope with new mental conditions.

Therapist Stephen Goldbert, who has done his PhD from Kentfield (Calif.), says that the newly-rich people feel that they are cut off from their family and friends. They also start doubting their investment advisors, fearing that their children will spoil or wealth will ruin them. Such people also go through the apprehension of losing their identity because at the age of thirty, they no longer need to do any work for a living.

People who became famous overnight start thinking of themselves as experts in every issue.

Something similar happens with celebrities who become famous overnight. Our film stars and cricketers are the most perfect example of such arrogance. Those who forget humility suddenly become arrogant. When you see yourself on 100 feet high cardboard cutouts, thousands of photos and big curtains, when the doors that are closed for you easily open, you start feeling that you are not ordinary. Then as it usually happens, these celebrities suddenly become experts in every matter. His opinion on every subject becomes reliable. From the functioning of the Modi government, to the budget, cricket captaincy, bitcoin, Amitabh Bachchan’s new film, drug racket, corona protocol and the price of petrol and diesel, his statements are cited on every issue.

Sudden strength makes many changes in a person

Due to this power acquired suddenly, big changes start coming in them. This feeling of being different from others gradually makes them feel that they are invincible. However, with this, a fear also starts building in them that tomorrow this fame and money may not get out of hand. And then this fear becomes so much that celebrities make up their mind to humiliate someone or get him out of the way when the ego gets hurt or any kind of challenge. When ego grows, disrespect starts showing even where there is no disrespect. Feeling unnecessarily humiliated. Then in order to protect themselves, there is an attempt to take revenge or force the other person to give up.

Perhaps something similar happened in the case of Sushil Kumar and Sagar Dhankar.

Now what happened between Sushil Kumar and Sagar Dhankar, who was beaten to death, is not fully known yet. But there is no doubt that fame has to be paid for and many people cannot handle it. When the ego skyrockets, celebrities are surrounded by sycophants who add to their arrogance, make them feel that they are different, even the law does not matter to them.

Conflicting this aspect, Psychology Today expert Ronald Riggio writes, “The famous and the rich get intoxicated by the power and prestige they get from celebrity status. Crowds of hangers are ready to work for them by catching on a gesture. This extraordinary power makes them feel that they are very special and that the rules that apply to others do not apply to them.

Leadership scholar and philosopher Terry Price describes this as ‘exception-making’. Celebrities begin to believe that they should have full freedom to misbehave with others. Even if they are caught, they will escape punishment on the basis of their status or wealth, or at the most, they will be reprimanded.

Often this happens. Celebrities don’t get big punishment, they get better facilities even in jail. They feel that they have defeated the system because they are above the system. All their crimes, including violence, are either mildly forgiven or tolerated. From OJ Simpson to Tiger Woods and Oscar Prestorius, we’ve seen this in every case. In October 2015, Oscar was released after serving only one year in prison. Orders were received that he would serve the rest of his sentence under house arrest at his uncle Arnold’s house in Pretoria.

Now Sushil Kumar’s crime may not be of that level, but the change in his personality is exactly the same. When you are a victim of fame, it is not easy to get out of its clutches. Clearly, whether junior wrestler Sagar Dhankar has humiliated or disrespected Olympian wrestler Sushil Kumar or he continues to overtake him in the game, in both cases he must have become a challenge for him.

“The time has come to shorten his stature, don’t worry about the police, he is with us.”

Government in action by killing minorities in Kashmir, instruct the army, eliminate the terrorists after digging every bit

No gathering allowed in the Containment Zone, new guidelines of the Central Government to prevent COVID-19 infection during festivals

Farmers are left with only 1.5 million tonnes of mustard stock and 5 months time for new production, will the price increase further?

5 great tips to stop aging you need to know