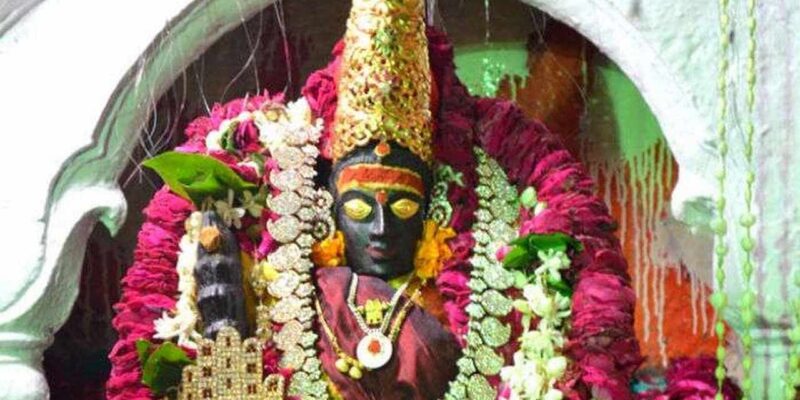 Temple of Maa Vishalakshi, the famous Shaktipeeth of Kashi

Known as the religious capital of the country, Kashi is not only known for Baba Vishwanath but also for Shaktipeeth. It is believed that all the places where the parts of the goddess fell became Shaktipeeths. Where the ear of Bhagwati Sati fell, today that holy place is known as the holy abode of Maa Vishalakshi. It is believed that Lord Shiva did spiritual practice by visiting all these Shaktipeeths and created Kaal Bhairav ​​from his form. In Varanasi also, Kaal Bhairav ​​is seated near this Shaktipeeth. One of the sacred Shaktipeeths that bestows devotion, strength and prosperity is the divine abode of Goddess Vishalakshi.

confluence of shiva and shakti

This holy Shaktipeeth located in Varanasi is known by the local people as the Goddess of the South. South Indian artifacts are seen in the structure of the temple. This temple of Goddess Vishalakshi Devi is located in the Meerghat locality near the holy Dham of Baba Vishwanath, one of the twelve Jyotirlingas. The ancient city of Kashi is a major center of both Shiva and Shakti. A pilgrim coming to the city of Kashi, situated on the banks of the Ganges, does not forget to visit the Adishakti with the darshan of Baba Vishwanath after bathing in the Ganges. Because by this he gets the blessings of both Shiva and Shakti.

There are two statues of the mother in the temple

There are two statues of Mother Vishalakshi in this Shaktipeeth of Kashi – one movable and the other immovable. Both the idols are worshiped equally. The special worship of the moving idol is done during Navratri on the day of Vijayadashami festival by sitting on a horse. Whereas special worship of the immovable idol is done twice a year. One of which is done on the day of Bhadaun Tritiya (the day of Kajari of Krishna Paksha) as the birth anniversary of the mother, and on the second day of Deepawali, the mother’s Annakoot is done. Whereas in the Navratri of Chaitra, Mother Vishalakshi is seen in Nava Gauri on the day of Panchami. However, on the third day of Shukla Paksha of every month, the darshan of the mother is considered of special importance.

Also read: Jwala Devi Mandir: 09 flames have been burning in this Shaktipeeth since years, no one could find out its secret