Vaccine allotted for Aligarh’s PHC was found in the society of Noida, on disclosure, those who set up vaccination camp absconded 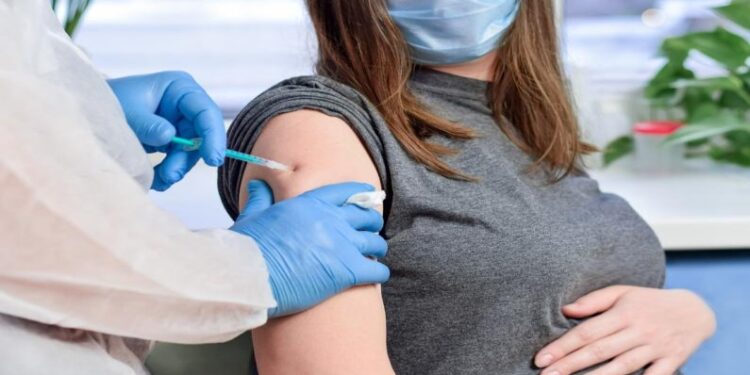 According to the District Magistrate, “Investigation it was found that the vaccines which were administered to the people living in the society were allotted to Aligarh district.”

In a society in the Thana Beta-2 area of ​​Noida, some people organized vaccination camps on May 21 and 27 and in it the anti-Covid vaccines allotted for Aligarh district were applied to the people of the society. Gautam Budh Nagar District Magistrate Suhas LY said on Monday, “On May 21 and 27, a vaccination camp was organized in a society in Greater Noida, where 187 people were vaccinated. The certificate that people got after vaccination was from Naurangabad Primary Health Center in Aligarh district. Some people complained about this matter to the district administration.

He told that Chief Medical Officer Deepak Ohri was instructed to investigate the matter, after which he formed a team under the leadership of Additional Chief Medical Officer Neeraj Tyagi. The team visited the society on Saturday and Sunday, inquired, and checked the certificate given after vaccination.

A police spokesman said that in this case, Additional Chief Medical Officer Neeraj Tyagi has complained to Beta-2 police station. He told that in this case the police have registered a case against Shubh Gautam, Anil Gupta, Ajay Kumar, Bina Singh, Subhi under sections 420, 188, 270, etc. Police are searching for the accused, who are absconding.

The battle for supremacy going on in the society

In order to establish his supremacy, a member of the RWA living in the apartment of the society called for the vaccine of another district along with health workers from an officer working in a high position in the Aligarh health departments. Vaccines were organized by setting up a camp here, in which about 187 people got the vaccine.

Also read- Before Jaymala, the drunken groom was insisting on making the bride dance on the DJ, the girl in anger refused to marry