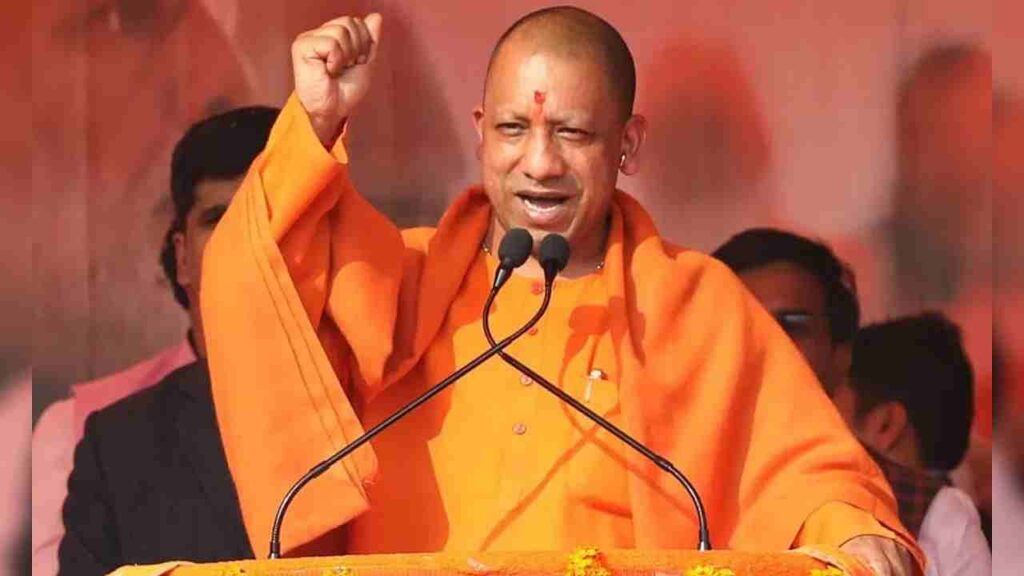 Construction of new expressways in Uttar Pradesh, introduction of metro rail in big cities, construction of new airports, increase in capital investment, improvement in power supply situation, reduction in riots in the name of religion, etc. The impact of which is visible at the ground level. The law and order situation has improved a lot.

How ‘useful’ CM Yogi is for UP.

Although Prime Minister Narendra Modi is a versatile person, but he has another specialty – he is an expert in playing with language and words. Some time ago Modi gifted a new word ‘Andolanjeevi’ to the Hindi dictionary. Now Uttar Pradesh Chief Minister Yogi Adityanath has been given a new name UP-Yogi. With UP, Modi added the word Yogi and Yogi became ‘useful’. Yogi liked being called useful so much that the very next day itself, an advertisement of the Uttar Pradesh government was published in the newspapers in which the word useful was used for Yogi. is gonna be.

While this may be a matter of political debate, there is no doubt that Yogi has already started to dominate his opponents due to his five years of work. This is the first election in which the people of Uttar Pradesh have to review and compare the work of Yogi and two former Chief Ministers, Bahujan Samaj Party supremo Mayawati and Samajwadi Party president Akhilesh Yadav. can do. These three leaders are contenders for the post of Chief Minister of their respective party. The image of Yogi is that of a clean leader. He is a bachelor and had abandoned the family while taking sannyas, so his needs are less. Therefore, even the opposition cannot accuse him of indulging in corruption.

Since Yogi originally hails from Uttarakhand, he is beyond the caste politics of Uttar Pradesh. During the tenure of Mayawati and Akhilesh Yadav, their castes used to dominate society and administration, but Yogi, whose real name is Ajay Mohan Bisht and Rajput of Pauri Garhwal, has stayed away from caste politics, due to which any caste can oppose the BJP. There is no fury.

Construction of new expressways, introduction of metro rail in big cities, construction of new airports, increase in capital investment, improvement in power supply situation, reduction in riots in the name of religion, etc. are such works whose impact is visible at the ground level. Used to be. The law and order situation has improved a lot, even though the Uttar Pradesh Police has been accused of killing criminals in encounters. Although in the past, criminals used to become MLAs and ministers and now most of them are in jail. A big reason for this is Yogi and his work.

Will BJP come back in UP?

This time in Uttar Pradesh, there has been a temper of development along with religion in the elections. It is enough in the name of religion that Yogi Adityanath is the Mahant of Gorakhnath Math, and even today wears ocher clothes, on the other hand Modi is the MP of Banaras. Then the effect of religion had to be seen in the politics of Uttar Pradesh. BJP will definitely benefit from the construction of Kashi Vishwanath Corridor and starting the construction of temple at Ram Janmabhoomi in Ayodhya. The rest is being done by the opposition, especially Samajwadi Party and AIMIM leader Asaduddin Owaisi. The more he talks about the Muslim community, the more people will start gathering in the name of religion after rising from the Hindu caste of Uttar Pradesh, which will directly benefit the BJP.

All the opinion polls that have taken place so far are talking about BJP getting a majority in Uttar Pradesh once again. BJP’s seats may decrease compared to 2017, but there is a possibility of BJP’s victory. The farmer’s movement may have a slightly opposite effect on the BJP, but after the disarmament of agricultural laws and the end of the farmers’ movement, the situation of BJP may show further improvement. When the people of Uttar Pradesh review Yogi’s five years as Chief Minister, there is a strong possibility that people will agree with Modi and say that Yogi is really useful for Uttar Pradesh.

Covid-19: 453 deaths occurred during the last 24 hours across the country, 5326 new cases were reported, the number of active patients reached below 80 thousand

Delhi Weather Update: Delhi-NCR in the grip of cold wave, minimum temperature recorded at 4 degrees; You can get relief after 2 days