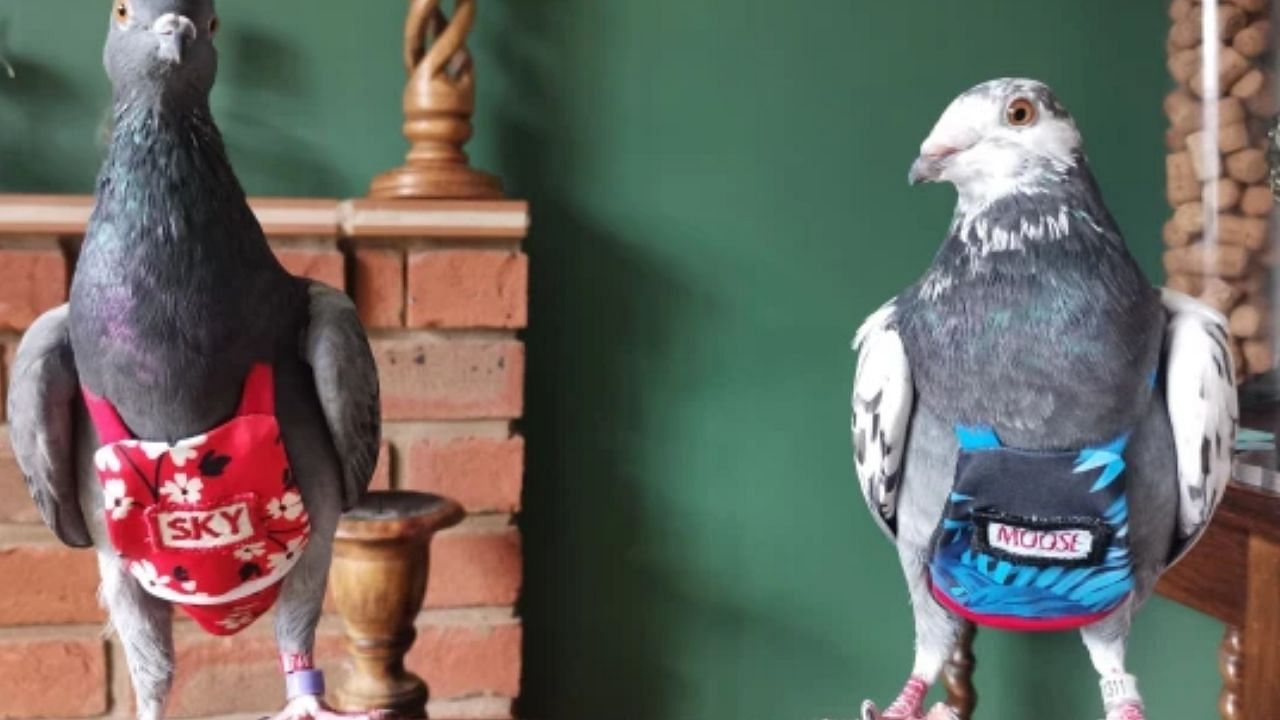 These days one such bird lover is in discussion. This woman loves pigeons so much that she spends lakhs every year on their maintenance. 23-year-old Maggie Johnson is from Lincolnshire, England.

There are some people who are very fond of animals. Such people treat them like a member of their own family. At the same time, they also caress them. This relationship between humans and pets is very old. In most homes, you will find dogs, cats, cows and goats as pets. There are very few people who keep birds. One such bird lover is in discussion these days. This woman loves pigeons so much that she spends lakhs every year on their maintenance.

23-year-old Maggie Johnson is from Lincolnshire, England. He is very fond of pigeons. He has kept two pigeons in his house. Megi found these two lying somewhere, after which she brought them to her house. Since then, Megi loves both of them like her own children. Megi says that she has fed these two with her own hands for six weeks. Maggi spends lakhs of rupees to take care of them.

According to the report of the news website Daily Star, Maggie spends more than 4 lakh rupees every year on these two pet pigeons. The interesting thing is that Magi makes special clothes for them. Apart from this, a small house and bed have also been built for them to live in. Maggie’s undying love for pigeons can be gauged from the fact that she celebrates every year till her birthday. Also gives gifts.

People also tease Megi by terming this craze as madness. But it doesn’t matter to them. According to the report, these two pigeons have 17 pairs of clothes. Apart from this, they also have soft toys to play with. Maggie has bought a pigeon stroller to take the pigeons out for a walk. Magi says that sometimes she spends more than 40 thousand on pigeons in a month. One of the two pigeons was rescued by Maggie two years ago. While the other one has been saved in the month of May this year.

Also read: Prank: The boy was getting a beard, then suddenly a lot of blood started flowing; watch video

The woman bought the bag after spending a huge amount, so small in size that it is difficult to keep the cash

70 children freed in Nigeria, gunmen attacked the school and kidnapped, all reached the family