There is a bumper earning from apple cultivation, yet why are the farmers of Himachal worried, in whose pocket big money is going? 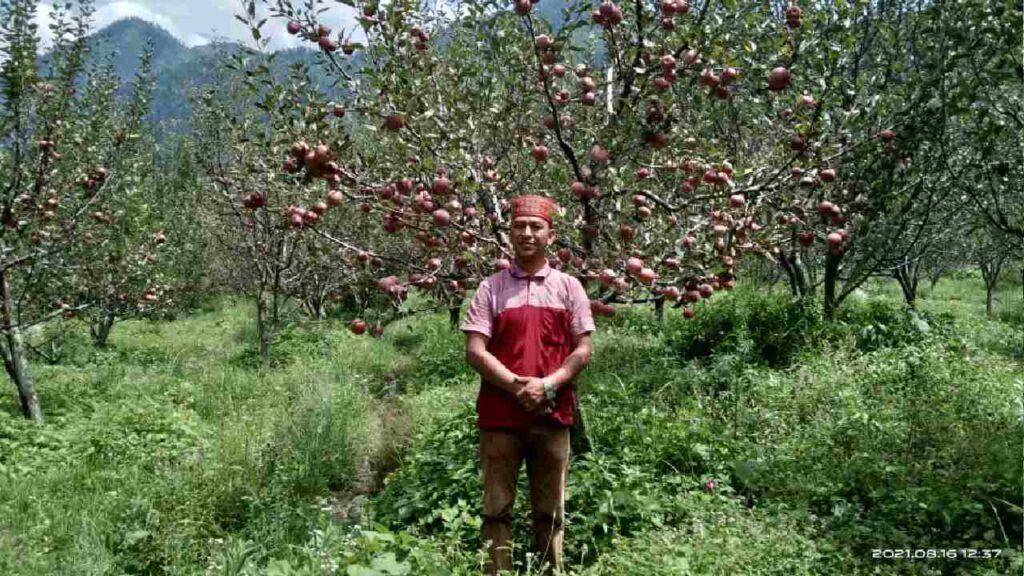 The prices of apples have suddenly fallen in the Rohru Mandi of Himachal Pradesh. Due to this apple farmers are suffering. The whole game behind this is for the traders. Because he has booked cold stores from Himachal to Haryana.

Daily consumption of apple is considered right for a healthy life. That’s why its demand is also great. Most of the apples in the country come from Himachal Pradesh and Kashmir. Farmers get good profit from apple. These days apple farmers of Kullu in Himachal Pradesh are getting benefits. Because now fruit traders come to the mandis at the local level and bid for the fruits.

Krishna Gopal Thakur, a farmer from Halan First village in Himachal Pradesh, says that 100% of the farmers in his village cultivate apples. There are apple orchards in about thousands of bighas of land. Farmers are getting good income from apples. There are apple trees in ten bighas of land of Krishna Gopal Thakur. He told that every year business worth crores is done in five villages around his village due to apple business.

Krishna Gopal Thakur tells that earlier he used to sell apples to the traders of Kanpur, Lucknow. Apart from this, Azadpur used to sell in the mandi, but now small mandis have opened in Kullu, where traders come, and bid. The farmers sell apples to those who bid more. Due to this farmers are getting good prices. Farmers get prices ranging from Rs 25 to Rs 70 per kg.

In fact, it is happening these days that many apple traders try that they buy apples at cheap prices and bring them and store them in cold stores. Then after that sell it by increasing its price. Krishna Gopal Thakur says that this is a problem because at present the traders who are coming to the small mandis are the same traders who were already there. They do this to earn more profit. But we cannot do much in this because many people are involved in this chain. If apple farmers have access to direct buyers, then they will get the benefit of it. But practically it does not appear to be possible.

This problem came in Rohru Mandi

The prices of apples have suddenly fallen in the Rohru Mandi of Himachal Pradesh. Due to this apple farmers are suffering. The whole game behind this is for the traders. Because he has booked cold stores from Himachal to Haryana. By buying apples from the mandis at throwaway prices, traders are depositing it in cold stores and then sell it to the customers at an expensive price. Due to this, about five thousand farmers are suffering here.

Apple farmer Krishna Gopal Thakur says that apple cultivation is such that it has to wait for about 15 years. An apple tree takes 15 years to mature and produce apples. After 10 years some fruits start coming in it. After 15 years, about one quintal per tree is produced. Then fruits can be plucked from apples for 60 years.

Every year 15 thousand rupees are spent in apple cultivation at the rate of per bigha. The apple plant gets Rs 200 per piece. According to this, in 15 years, an expenditure of Rs 2.25 lakh is incurred. Gopal says that the cultivation of apples is such that it takes half the life, then the farmer gets income.

Read also: Alert for banana farmers! If you see symptoms like a burnt cigar, then do this work immediately, the agricultural scientist gave complete information

Interest of 3.8 lakhs will be available in this scheme of Post Office, will have to invest this much