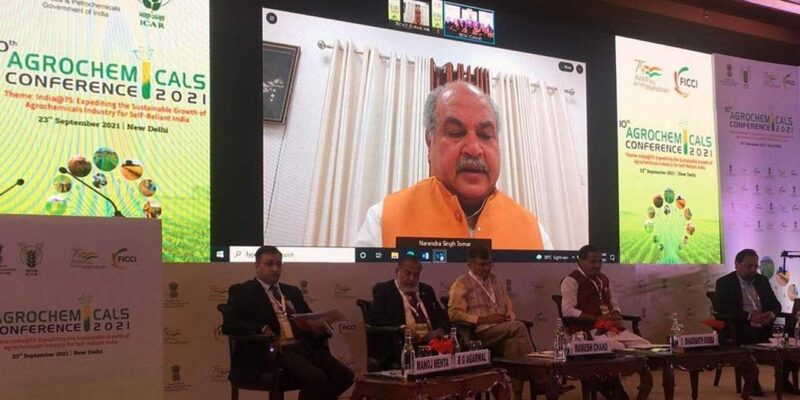 Union Agriculture and Farmers Welfare Minister Narendra Singh Tomar has said that the chemical industry cannot be denied, but by taking care of nature, how farmers can get more benefit, attention should be paid to it. Extremely taboo everywhere, therefore, efforts should be made to do organic, natural farming and apart from this, it is necessary to maintain balance in farming. If any person or class goes against nature, then the results are also seen. Therefore, efforts should be made to go in that direction in which the farmers get more benefits.

The Agriculture Minister was addressing the 10th Agricultural Chemicals Conference organized by Federation of Indian Chamber of Commerce and Industry (FICCI) on Thursday. Tomar said that farmers are getting direct benefits from the new technology and various schemes of the government in the country. In this regard, he mentioned the saffron of Kashmir, where due to the development of modern facilities in Saffran Park, the price of saffron is increasing from Rs 1 lakh per kg to Rs 2 lakh per kg for the growing farmers.

Agriculture sector has proved its relevance

Tomar said that the agriculture sector is very important for the country’s economy, which has proved its relevance even in adverse conditions. The agriculture sector has been doing well even in the time of COVID crisis. The condition of agro-based industries has also remained more or less satisfactory. That is why this sector is constantly being encouraged by the government. The government wants that the agriculture sector should grow strongly and India should be able to supply for the world as well as fulfill the needs of the country. Our thinking is based on “Vasudhaiva Kutumbakam”. With this spirit, the country has been moving forward and will continue to grow.

FICCI’s Crop Protection Committee Chairman RG Aggarwal informed about the damage caused to farmers, industry and the country due to Spurious Pesticide. He said that companies should get data protection, so that farmers can get the right chemicals so that the quality of agricultural products is exportable. To fulfill the goal of sustainable development, all stakeholders need to get the regulation changed in the interest of farmers through a single platform.

We are in top-10 in terms of agricultural exports

On the other hand, Agriculture Minister Tomar said that India is at first or second place in the world in terms of most agricultural produce and it is our endeavor that the country should continue to grow in this direction. India has also joined the first 10 places in the world in the export of agricultural produce. The desire of the farmers and the country is to take this situation even further. Prime Minister Modi wants that the interest in agriculture should increase and the income of farmers should be doubled. Work is being done in this direction through several schemes.

Under the Pradhan Mantri Kisan Samman Nidhi (PM-KISAN) scheme, Rs 1.58 lakh crore has been deposited directly into their bank accounts to 11.37 crore farmers so far. Loan assistance is being given to farmers through Kisan Credit Card (KCC), while development is being done by the historic Agriculture Infrastructure Fund (AIF) of Rs 1 lakh crore. The government is trying its best to ensure that the farmers are benefited in every way. The interest of common people and the new generation should increase towards agriculture, farming should become profitable, farmers should be attracted towards expensive crops and farmers should get maximum benefit of new technology.

read this also: Congress ruled Rajasthan did not send a proposal to buy millet on MSP even this year, farmers in trouble

Also read: Farmers are expecting loan waiver in the election season, know which states have the highest agricultural debt? 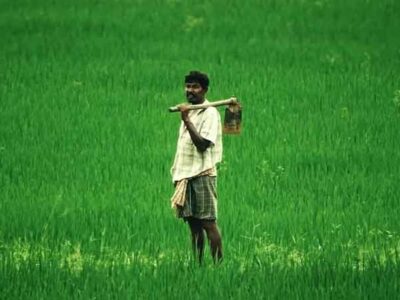 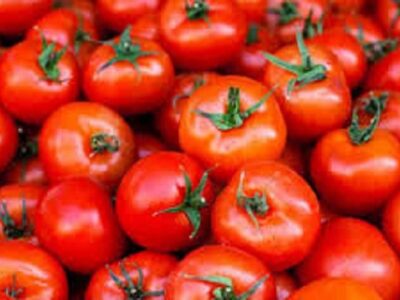 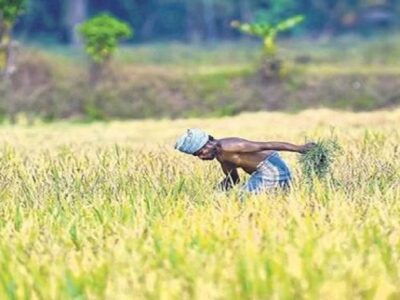