Shocking: In Kerala, a lover hid his girlfriend in his room for 10 years, no one in the family got to know 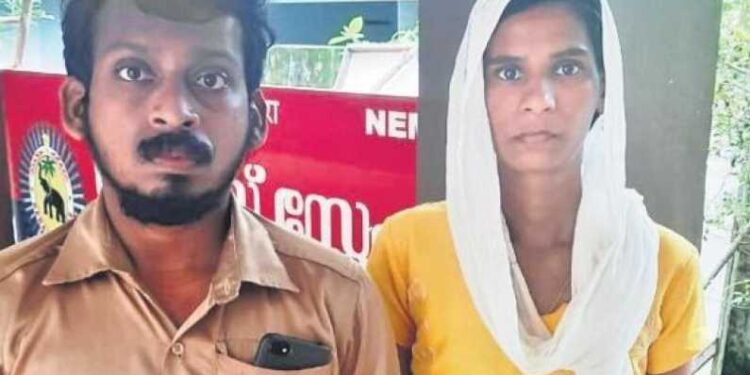 The boy’s house was only 500 meters away from the girl’s house. The girl’s family members told that they had completely given up hope of meeting their daughter.

The girl, who went missing 10 years ago from Palakkad in Kerala, was living with her boyfriend Rahman in a small room in their house for so many years. The boy’s parents themselves were not even aware of this. When the two decided to live together, the girl was 18 and the boy was 24. Today when both were recovered, the girl has become 28 and the boy is 34 years old. No one can believe his story.

The boy’s house was also only 500 meters away from the girl’s house. The girl’s family members told that they had completely given up hope of meeting their daughter. The matter was re-investigated when the girl’s 34-year-old boyfriend also went missing. During the investigation of which this story has come to light. However, the girl also went away with her lover. Both of them were traced when his brother had seen him and both were brought back, who were living on rent in another village.

The girl was living in the same room for 10 years

Police said that when the girl went missing in 2010, she was only 18 years old. The police had investigated after registering the case. Police said the woman’s boyfriend’s house was close to her parents’ house and she was living with the man till March this year. Police said that this girl living in a room was looked after by her lover.

After being caught, the police produced the couple in a local court, which allowed the two to live together. Nenmara police station house officer Deepa Kumar said that Sajita and Rehman kept their relationship a secret as they belonged to different religions and were afraid that society would not adopt them.

Police said that Sajita left the house one night in February 2010 when she was 18 years old and apparently went to Rehman’s house. The police searched everywhere, but could not find her. Sajita did not have a mobile phone. Kumar said he never doubted 24-year-old Rahman. No one knew about their affair.

Rehman did not let anyone into the room

Rahman’s brother Bashir told that he never had any idea that someone else was living at his house. Rahman did not let anyone into his room, he works as a house painter so he had a separate room. Sometimes he behaved like a mentally retarded person, if anyone tried to enter his room he would turn violent. He also used to eat his food inside his own room.

Sajita apparently used to entertain herself with a small TV using earphones. She didn’t even have a bathroom in her room, so she used to go out at night when everyone was asleep. The village had almost forgotten him. Everyone thought that she must have fled to Tamil Nadu with someone.

Also read: Andhra Pradesh: Reconstruction of Ram temple in Vizianagaram to be completed by January, will be ready at a cost of 3 crores