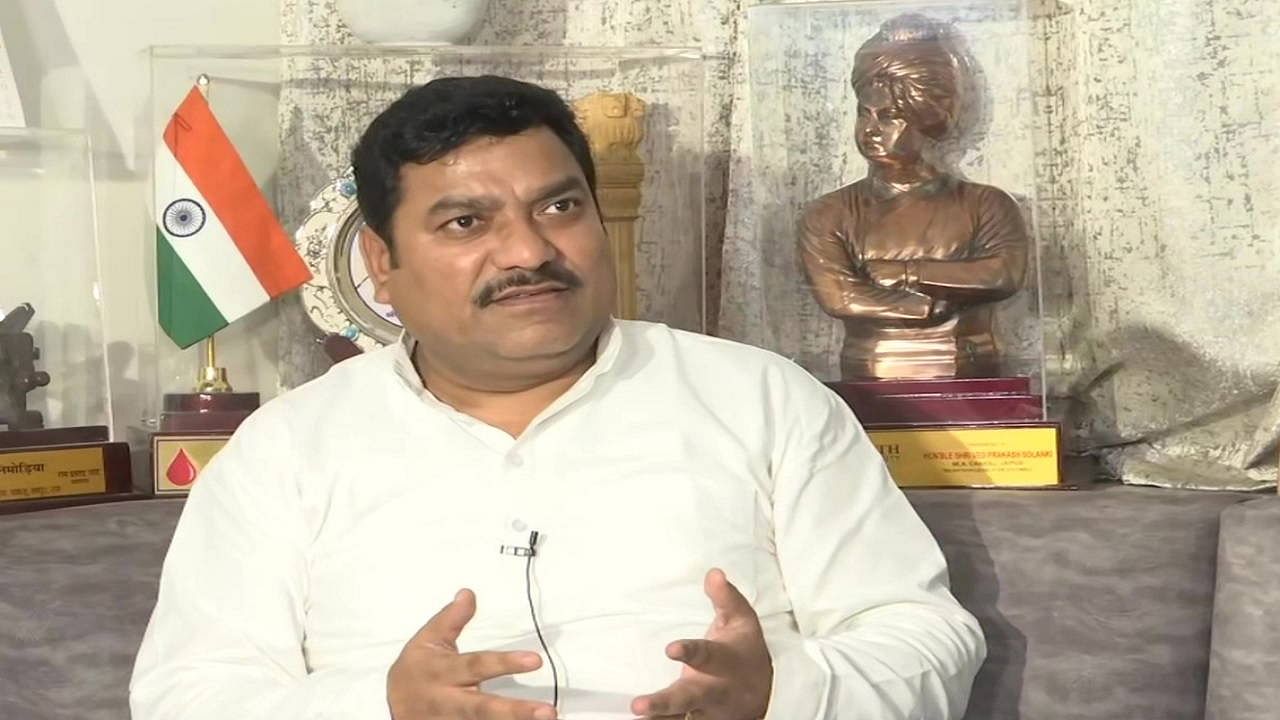 MLA Solanki said that the block president sold Congress candidates to BJP. There is a photo with BJP leaders in the hotel. At the behest of in-charge Govind Meghwal, statements were made against me.

After the formation of the Congress Board in Jaipur District Head, Jaipur District Panchayat Panchayati Raj Election In-charge Govind Ram Meghwal on the report sent by Sachin Pilot. Ved Prakash Solanki, considered close to Chaksu MLA, has expressed his displeasure. At the same time, Solanki alleged that obscene video calls are being made to suppress and defame him.

MLA Ved Prakash Solanki has said that an attempt has been made to implicate me. I am being implicated in the case of women. Women send videos to me. A conspiracy is being hatched to trap me. I gave a complaint to the police. Complained to all the police officers, but no action was taken.

Women are trying to trap me

Such conspiracies have been happening for several months, women are asked to come after you… to blackmail you. I’ve filed a police complaint after I received videos from some women but no FIR has been registered: Rajasthan Congress MLA Ved Prakash Solanki (14.09) pic.twitter.com/sqIeu4M0yW

Ved Prakash Solanki expressed his displeasure over the report sent against himself and said that the in-charge has sent the report without information, the report was sent with the statements of the same people against whom I complained. Solanki has made serious allegations against the election in-charge. Solanki said that I have come after roaming in all parties and am an office-bearer of Congress. Even after telling me, the barricades were not done. My political opponents have been given more importance.

MLA Solanki said that the block president sold Congress candidates to BJP. There is a photo with BJP leaders in the hotel. He made a statement against me at the behest of in-charge Govind Meghwal. Those who weakened the Congress were heard. Govind Meghwal has supported his old party. Conspiracies are being hatched against me for many months. I’m never one to be afraid. I will always raise the voice of the poor, youth and downtrodden.

Also read- Rajasthan: Youth leaders are trying to put pressure on the government by doing pressure politics, they took to the streets as soon as the assembly session started

Covid Booster Dose: Should everyone apply a booster dose? Know what is the opinion of scientists of WHO and FDA on this