Rajasthan: Hail fell with heavy rain in many districts, cold winds blowing at a speed of 40 km; changing weather patterns 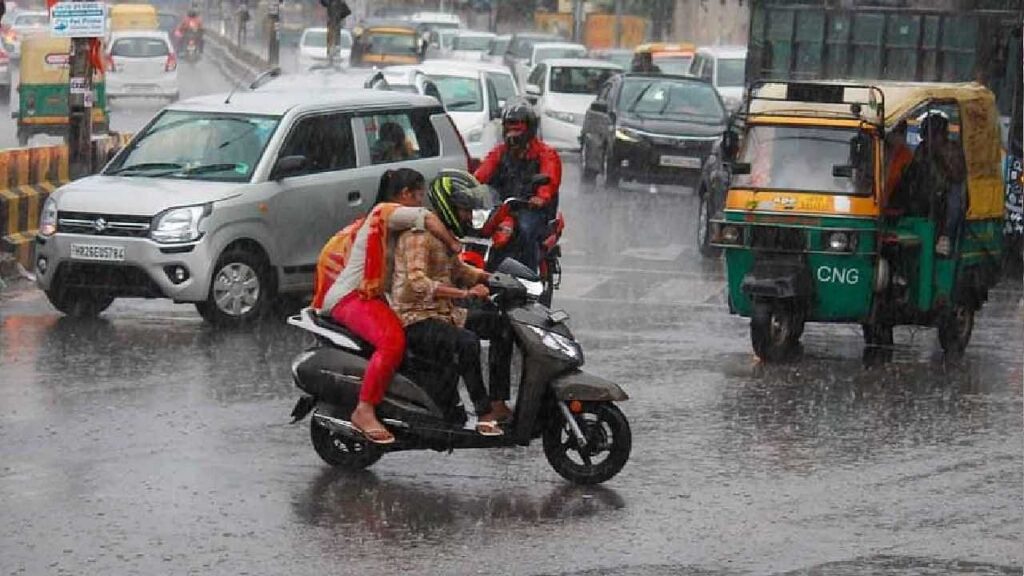 Heavy rain in many districts of Rajasthan (File photo)

Due to western disturbance in Rajasthan, 7 districts including Alwar, Sikar, Nagaur, Pali, Jodhpur received good rains on Sunday. Along with heavy rain, there has been hailstorm in Neemrana of Alwar. Due to the rain, the fields of many villages have also been flooded. In fact, due to the effect of an active western disturbance in northern India, cold winds are blowing at a speed of 30 to 40 km for the last two days. Due to this there has been a change in the weather along with the drop in temperature. Bikaner and Jodhpur divisions have been cloudy since morning. There is a possibility of hailstorm at some places with strong thunder.

Two days ago, the Meteorological Department had indicated rain in many districts apart from Bikaner, Churu, Hanumangarh, Sri Ganganagar, Jodhpur, Nagaur, Sikar. It was cloudy even on 23 October. There was light rain in many districts. On October 24, it rained in Pali, Jodhpur, Sikar and Nagaur in the morning. Due to heavy rains in Pali, the roads were flooded. Since then it has been continuously cloudy. Now the day and night temperature will also drop after the effect of western disturbance is over.

Effect of snowfall in Kashmir till Jaipur

Due to snowfall in Kashmir, strong cold winds are blowing at a speed of 40 to 50 km in many districts including Jaipur, Alwar, Dausa. Now as soon as the effect of Western Disturbance will end and the clouds will be removed. Similarly, winter will start increasing. Along with this, the night temperature will also drop. The Meteorological Department believes that there will be a lot of change in the weather till Diwali. Winter will also start.

According to the Meteorological Department, the minimum temperature in Ajmer was recorded at 15.8 degrees Celsius on Sunday morning. Which was the lowest, while at other places it was recorded between 17.1 °C to 22.8 °C. He said that on Saturday, the maximum temperature was recorded in the range of 29.6 degree Celsius to 34 degree Celsius at most places of the state. In the next 24 hours, there would be thunderstorm in Sikar, Jhunjhunu, Ajmer, Ganganagar, Hanumangarh, Churu and Nagaur districts. It will rain together.

Also read- Rajasthan: What kind of love is this! The parents hung the children upside down with chains, screaming in pain for 8 hours; Mother said – I have children, I can do whatever I want