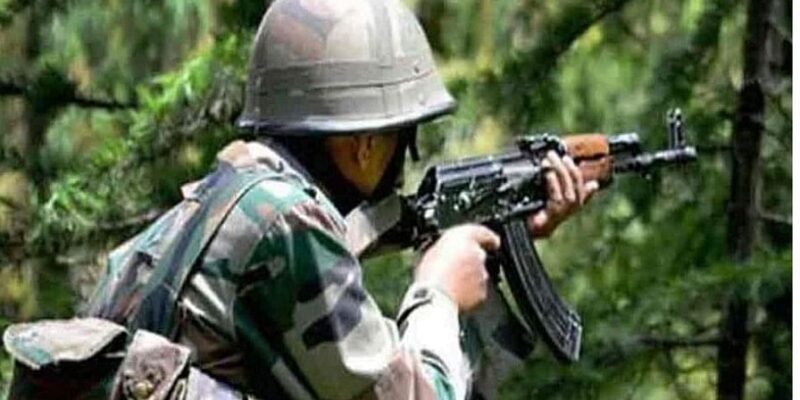 An encounter is going on between security forces and terrorists in Soorankot area of ​​Poonch district of Jammu and Kashmir.

There are many such incidents every day in the country and the world, which become the headlines of the day. From TV to the Internet… In the rush of news going on throughout the day, there are many such important news, which we miss and we sometimes do not know about important developments. In Today Top 5, here we are telling together five such important news of the day, about which it is important for you to know. You can also read the full news by clicking on the link given below the news.

In the Lakhimpur Kheri violence case in Uttar Pradesh, the court has sent main accused Ashish Mishra to three-day police remand. However, the SIT had sought 14-day remand of Ashish Mishra. Along with giving remand to the police, the court has also imposed some conditions. The Special Investigation Team of UP Police on Saturday arrested Ashish Mishra, son of Union Minister of State for Home Ajay Mishra ‘Teni’, in connection with the Lakhimpur Kheri violence on Saturday after nearly 12 hours of interrogation.
Read full news here

Jammu Kashmir: Encounter continues with terrorists in Soorankot area of ​​Poonch, 5 army personnel including JCO have been martyred

An encounter is going on between security forces and terrorists in Soorankot area of ​​Poonch district of Jammu and Kashmir. This encounter is taking place at a distance of 2 km from the place where five army personnel, including a Junior Commissioned Officer (JCO), were martyred during an encounter with terrorists in a counter-terrorism operation on Monday. News agency ANI quoted sources as saying that an army soldier was injured in the encounter. The operation is still going on.
Read full news here

There were talks between Prime Minister Narendra Modi and British Prime Minister Boris Johnson on Taliban, Afghanistan and other global issues. In this conversation held before the COP26 summit, the heads of both countries agreed on the need for a coordinated international approach towards the Taliban. PM Modi and his counterpart Johnson interacted with each other over a phone call. During this, the current situation in Afghanistan was also discussed between the two leaders.
Read full news here

20 thermal power stations closed, the center refused to accept the shortage of coal in the country, understand the whole matter in 10 points

The central government has assured that the country has enough coal reserves to generate electricity, but that hasn’t stopped the state governments from expressing concerns about the closure of thermal power stations due to shortage of coal. According to LiveHindustan, at present the thermal power plants of many states have been closed. At present, three thermal power plants in Punjab, four in Kerala and 13 in Maharashtra have closed.
Read full news here

Karnataka Health Minister K Sudhakar clarified on the controversial statement, said – I am also the father of a daughter, my statement is based on the survey

Delhi government launched ‘Desh Ka Mentor’ program, children from 9th to 12th will get better career guidance in this way