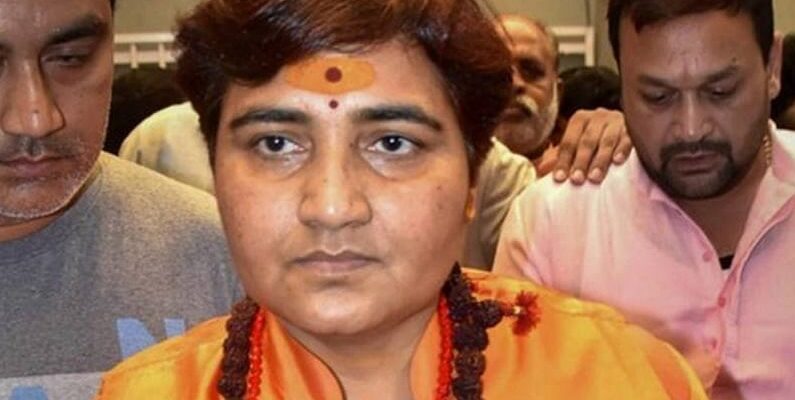 Bhopal MP Sadhvi Pragya Singh Thakur has slammed Chhattisgarh Chief Minister Bhupesh Baghel for comparing the Rashtriya Swayamsevak Sangh (RSS) to naxalites. Pragya Singh Thakur, while replying to CM Baghel, said that the country is safe because of RSS. Not only this, he also said that Hindus are also safe only because of the RSS. In fact, on Wednesday, Bhupesh Baghel had said that the way the Naxalites are run in the state through their senior cadres sitting in other states, similarly local RSS workers are operated from Nagpur.

CM Bhupesh Baghel had said that a fair investigation will be conducted in the case of Kawardha violence. He said that during the 15 years rule of Bharatiya Janata Party in Chhattisgarh, the people of RSS did nothing and they are still working like a bonded labourer. Even today they are not heard and they are controlled from Nagpur.

BJP workers are operated from Nagpur

The CM said, ‘Like the leaders of Naxalites are in Andhra Pradesh, Telangana and other states and the people here only do the work of firing and consuming bullets, similar is the situation of RSS. Whatever it is, it is from Nagpur. Here the people of RSS have been working like bonded labourers. Nothing works for them, they all operate from Nagpur.

Earlier, the Chhattisgarh Congress had alleged that the BJP and other right-wing outfits were behind the Kawardha violence. Let us tell you that a case has also been registered against BJP MP and former CM Raman Singh’s son Abhishek Singh in the Kawardha violence case.

Congress has lost its principles

After the statement of CM Bhupesh Baghel regarding the RSS, the leader of the opposition Dharamlal Kaushik also gave his reaction. He said, the way the CM has compared RSS and Naxalites, the truth is that it is not his words but it is his leftist thinking. Congress has lost its principles. Dharamlal Kaushik has also advised the CM that he should read about the RSS before reacting to it.

Also read- MP: Before CM Shivraj in Dewas, the young man unveiled the statue of Atal ji, removed the cloth from the idol and wore a garland; commotion

Also read- Shivraj government bowed after the protest of MP Sadhvi Pragya Thakur regarding sterilization of bulls, took the order back

Ball hit in the head in practice, problem occurred after a week, now he is getting treatment, this cricketer has an old relationship with concussion

Britney Spears: Singer Britney Spears took a jibe at her ex-boyfriend Justin Timberlake, reminded them of the breakup day