Madhya Pradesh: Why do the Hindu families of Surana want to migrate from the village, 60% of the population here is Muslim 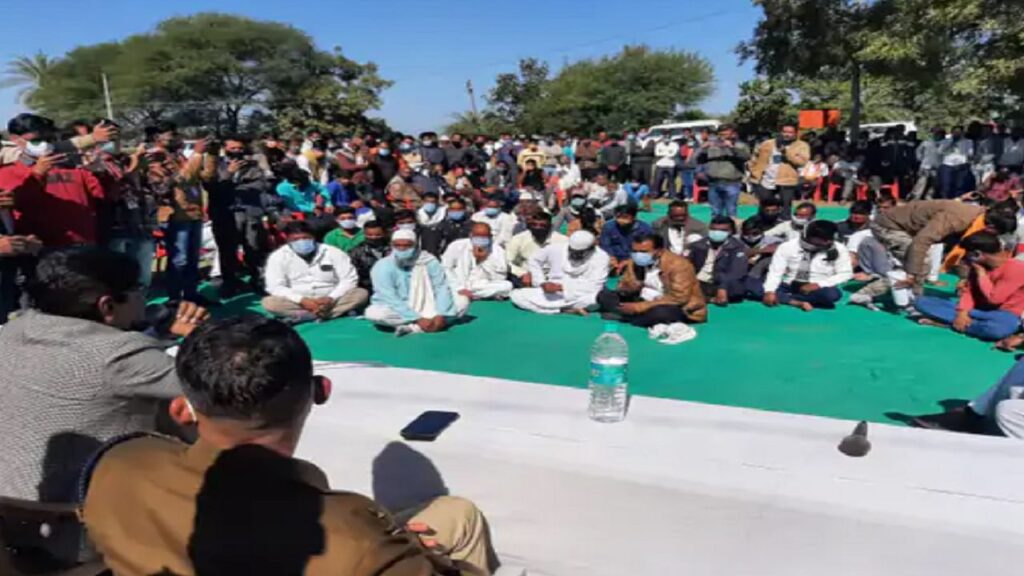 The collector said that the action to remove all encroachments on government land will be completed in one month. No one who disturbs the religious atmosphere in the village will be spared. And all-round action will be taken against those who do such work.

In Surana village, Hindus have threatened to leave the village.

Madhya Pradesh (Madhya Pradesh) K Ratlam (Ratlam) Surana village is in the headlines at this time. The Hindu-Muslim dispute has now increased so much in this village, which is 12 km from Ratlam. That the Hindus have even threatened to leave the village. Hindus say that they will flee the village and will also sell their ancestral property. Hindus say that they are saying this because Muslims are harassing them. According to the report of Hindi newspaper Dainik Bhaskar, Surana is a village with a population of 1588 people. Here 60% of the population is Muslim, rest Hindu and others. Most of the Jats among the Hindus are Teli, Dhakad, and Dalit.

The occupation of the people of both the communities in the village is agriculture and animal husbandry. The village elders Nathulal and Babulal Jat tell that love and brotherhood have never been disturbed in the village before. Now the new age boys are getting confused over small things. 20-25 years ago the Muslim population in Surana village was less, but in the last few years the population of Muslim society has increased to 60%.

Controversy started after comments on each other’s religion

The dispute started after complaints of encroachment on government land in the village and objectionable comments on each other’s religion on social media. Tension has been going on between the youth of both the religions for two years. Recently, there was a dispute between Mukesh Jat of the village and youths of Muslim society.

Mukesh Jat, associated with the village’s Hindu organization, had filed a case against Muslim youths for making objectionable remarks on social media. After this, on January 16, Mayur, Haider and Saddam of the village had a dispute with Mukesh. To complain about which Mukesh went to the Bilpank police station along with his associates. In the meantime, Muslim youths had reached Mukesh’s locality by vehicles to fight.

Memorandum written in the name of CM

The Bilpank police station took action against both the parties in this case. Hurt by this, Mukesh and other people of the village reached the public hearing to complain to the SP. SP Gaurav Tiwari instructed people not to disturb religious harmony. Angered by the words of the SP, the Hindu families have submitted a memorandum to the Chief Minister and warned them to flee the village in 3 days. Houses are for sale on 55 to 60 Hindu houses of the village and talk of migration has been written.

Youths of Muslim society do the work of provocation

Hindu families said that youths of Muslim society are arguing over small things. Deliberately drive vehicles at high speed in our locality and try to provoke. They do filth near the religious places of the village. People of Muslim society have also encroached on government land. Hindus say that Muslims have brought their relatives from outside and settled in the village. Because of this their population has increased rapidly. Muslims did not say anything in this regard. He neither accepted this nor denied it.

People of Muslim society told that for years he has been living in the village with communal harmony. Efforts are being made to give a communal color to the personal dispute between the youths. We do not want anyone to leave the village. If someone does this, he will talk to them and explain them. Ayub Shah of Muslim society said that no one wants to leave the village. There are 5-10 people, the rest of the senior people don’t want to leave. Everyone has a farm. If there is some problem, I will explain it to everyone.

People of criminal record will be made District Magistrate

After discussion with the villagers, Collector Kumar Purushottam said that talks have been held with people from both sides to create communal harmony in the village. A committee of two people each has been formed with administrative officers. People with criminal records in the village will be districted. The action to remove all encroachments on government land will be completed in one month. No one who disturbs the religious atmosphere in the village will be spared. And all-round action will be taken against those who do such work.

Also read- Indore: Uproar during the shooting of Sara Ali and Vicky Kaushal’s film in college, a few minutes before the exam, students were upset with the entry