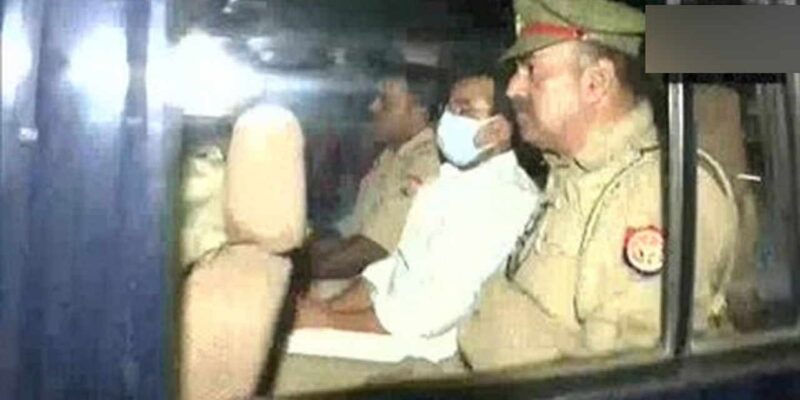 For questioning Ashish, the UP Police had filed a petition in the court to increase the custody. The court has fixed October 11 for hearing on the police’s petition. Earlier, Ashish Mishra’s medical examination was done late on Saturday night and after midnight he was produced in the court of Chief Judicial Magistrate (CJM). The judicial magistrate sent Ashish to the Lakhimpur Kheri District Jail in judicial custody for 14 days.

Minister Ajay Kumar Mishra distanced himself from the media

On the other hand, Union Minister of State for Home Ajay Kumar Mishra ‘Teni’ reached his MP’s office on Sunday morning but kept distance from the media. He declined to comment on the matter.

Opposition’s protest over the incident continues

Here, on Sunday, the opposition parties attacked the ruling BJP fiercely over the Lakhimpur incident and raised the demand for the dismissal of the Union Minister of State for Home. At a rally in Varanasi on Sunday, Priyanka Gandhi Vadra, Congress’ national general secretary and in-charge of Uttar Pradesh affairs, demanded the dismissal of Union Minister of State for Home Affairs, saying, “We are not people who fear, we are people of Congress who believe in Gandhi.” We are not going to sit silent till the murder of the Union minister is not dismissed, you have to kill us, put us in jail, but we will not back down.”

8 including four farmers were killed in Lakhimpur Kheri violence

Ajay Mishra’s son Ashish Mishra was arrested on Saturday night after 11 hours of interrogation in connection with the violence in Lakhimpur Kheri in Uttar Pradesh on October 3. Ashish Mishra has been named in the FIR registered in the case and he is accused of traveling in one of the vehicles that rammed the farmers opposing Uttar Pradesh Deputy Chief Minister Keshav Prasad Maurya, in which four farmers were killed. It is alleged that after this the farmers thrashed two BJP workers and a driver. Local journalist Raman Kashyap also died in this incident.

BJP talks about one religion and one community, targets Muslims on the pretext of encounter in Uttar Pradesh – Owaisi again accuses

Got victory by saving 2 runs in 3 balls, also made a lot of noise with the bat, there was a ruckus on this player’s statement on women

This great bike is available here for less than half the price, know the features of this cruise bike