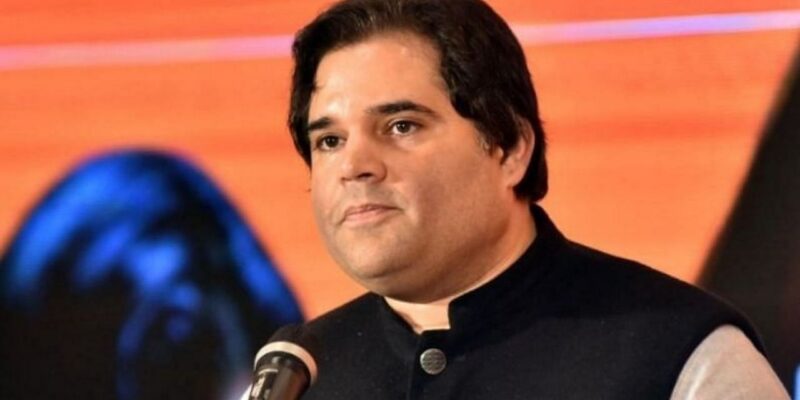 The Bharatiya Janata Party (BJP) last Thursday announced members of the new national executive, leaving critics of the party’s or government’s policies on leave. Some of the prominent names who have been removed from the National Executive are Varun Gandhi, Maneka Gandhi, Dr. Subramanian Swamy, Union Minister Rao Inderjit Singh, former Union Minister Chaudhary Birender Singh and Vinay Katiyar. BJP says that some old leaders were not included so that new people could get a chance. Whatever the party gives clarification, but it is so clear that BJP wants to give a message that it cannot be tolerated to speak against the party or the government among the public by staying in the party. All these leaders were angry with the BJP high command for some time and were speaking against the party and the government.

But out of this, the name that is most discussed is that of Varun Gandhi. In 2019, Varun Gandhi was elected MP for the third time on a BJP ticket. For a long time, he was patiently waiting for the fact that one day he would be included in the Union Cabinet. Varun’s patience broke when Prime Minister Narendra Modi reconstituted his cabinet in the month of July, many new faces got a place and Varun Gandhi’s name did not figure in them.

For the past one month, Varun Gandhi’s love for the agitating farmers has started growing a lot. He was continuously tweeting in support of farmers one after the other, which made it difficult to guess whether these tweets are being done by Congress Gandhi or BJP’s Gandhi. Sometimes he was seen advising the government to talk to the farmers by telling them a part of his body, and sometimes advocating for giving them a higher price of sugarcane.

Last Thursday, he posted a video of the Lakhimpur Kheri accident on his Twitter handle in which he said that the voice of farmers cannot be suppressed by killing them. And by the end of the evening, news came that he was discharged from the reconstituted National Executive of BJP. It was just a coincidence, Varun Gandhi got to know about it or his tweet led to his leave, it is difficult to say.

dream of becoming a minister shattered

Everyone knows why Varun Gandhi was angry with BJP, now let’s look at why BJP did not make him a minister. In 2013, the BJP appointed Varun as the national general secretary and in the 2014 general elections, he was given ticket from Sultanpur, adjacent to Amethi, the constituency of his late father Sanjay Gandhi, instead of Pilibhit. BJP wanted him to campaign for the party in Amethi and Rae Bareilly. The BJP had included Maneka and Varun in the BJP only to reduce the influence of Sonia Gandhi and Rahul Gandhi through them. But Varun categorically refused to campaign against Tai Sonia Gandhi and elder brother Rahul Gandhi. As a result, after a short time he was removed from the post of general secretary of the party.

The BJP said that since Maneka Gandhi was made a Union minister, Varun was relieved of the party post as part of the one family one post policy. Maneka later made a lot of efforts that her son should be included in the Union Cabinet in his place, but not Dal Gali. On the contrary, in 2019, when the BJP government was formed at the Center for the second time in a row, Maneka Gandhi was not named in them. Varun was living in the hope that he would be made a minister in place of his mother, but when the Modi government was reconstituted in July and Varun’s name did not come up, his heart was filled with BJP.

It is difficult to say what was promised to Maneka and Varun when the duo of Atal Bihari Vajpayee and LK Advani included Maneka and Varun in the BJP in 2004, but when Varun was given the post of general secretary in the party, he was interested in the party. Rarely seen at work. His wish was that he should either be made a minister in the Center or the Chief Minister in Uttar Pradesh, which the BJP did not do.

Now a statement has come from Varun Gandhi that removal from the executive does not make any difference to him, as he was not even attending its meetings for the last five years. That is, he was less interested in the party and more in the government.
However, it has been decided that neither Varun likes BJP nor Varun Gandhi for BJP. The only wait is whether BJP will expel him from the party or will he himself leave the BJP. Varun might not do that. If he leaves the party, his Lok Sabha membership will also go away and at present he is not in the mood to contest the by-elections. But the way he seems to be in sync with Rahul and Priyanka these days, it should be no surprise that he may soon join his ancestral Congress party.

Even though Maneka Gandhi has hatred for Sonia Gandhi due to personal reasons, Varun Gandhi has always had an affectionate relationship with Priyanka didi. Priyanka Gandhi has now become a big leader of Congress and Gandhi family and Congress party are eager to welcome her. The stage has been set, now it is just a matter of waiting that who initiates the divorce in the eyeball game between BJP and Varun and when.

Survey: Who will win in 5 states including UP, Punjab, Uttarakhand? Who is the first choice for CM in UP? Know the mood of the public in these states

IPL 2021: The entire season was spent on the bench, debuted in the last match, 1 wicket made India’s most successful bowler

Rakesh Jhunjhunwala’s big statement about the stock market, now it will remain bullish, there is no possibility of decline