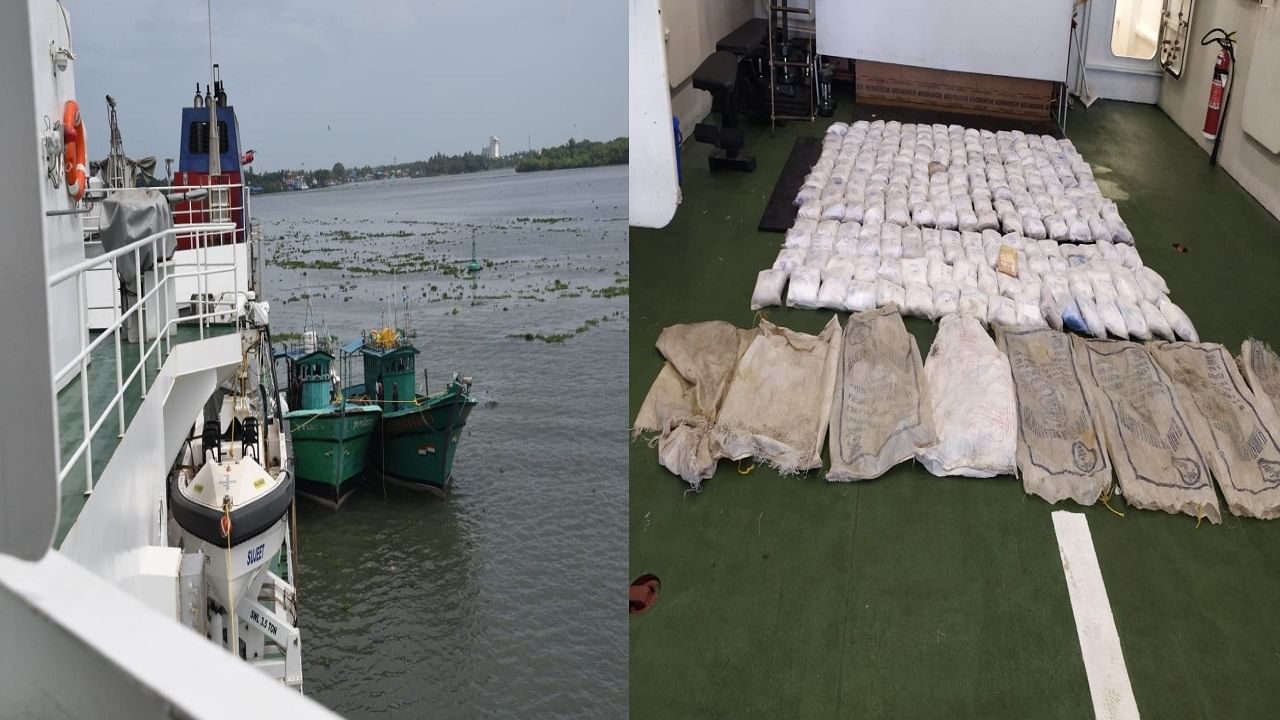 The value of the drugs seized by the agencies in the international illegal market is estimated to be around Rs 1,526 crore.

Indian agencies have arrested a gang of international smugglers off the Lakshadweep coast (Lakshadweep) while trying to smuggle about 218 kg of heroin. Indian Coast Guard and Revenue Intelligence Department (DRI) have jointly busted this drug trade in Lakshadweep. The Finance Ministry gave this information on Friday. On 7 May, Operation Search was carried out by both the agencies. Officials of the Coast Guard and Revenue Intelligence intercepted two suspicious ships off the coast of Lakshadweep on May 18. The names of these two ships were ‘Prince’ and ‘Little Jesus’.

On being questioned by the officers, some of the crew members admitted that they had found a huge consignment of heroin at sea. These drugs were hidden in both the boats. Both the boats were taken to Kochi for further proceedings. In a statement, the ministry said, “Intensive search of both the boats was conducted at Coast Guard district headquarters in Kochi. During this, 218 packets of one kg of heroin were recovered. The confiscated drugs are high quality heroin and its value in the international illegal market is estimated to be around Rs 1,526 crore. This is the fourth major drug bust by the DRI in the last one month.

Earlier in March, the Indian Coast Guard had apprehended three Sri Lankan boats carrying unauthorized communication equipment and narcotics off the Minicoy island of Lakshadweep. After this incident, the concerned agencies had started a joint and detailed investigation. Sources said that a total of 19 people were on board the three boats. They were caught by Coast Guard ship Varaha on March 5 while suspiciously roaming seven nautical miles from Minicoy. These boats were brought to Vizhinjam in Thiruvananthapuram for examination. He had said that one of the captains of the seized boats admitted to having recovered 200 kg of heroin and 60 kg of hashish from the Pakistani boat. All these items were packed in five bags.


At the same time, on April 20, the DRI had recovered 205.6 kg of heroin from a commercial import consignment of gypsum powder at Kandla port. On April 29, 396 kg of heroin was recovered from Pipav port. Apart from this, 62 kg heroin was also seized from Indira Gandhi Airport in Delhi on May 10.