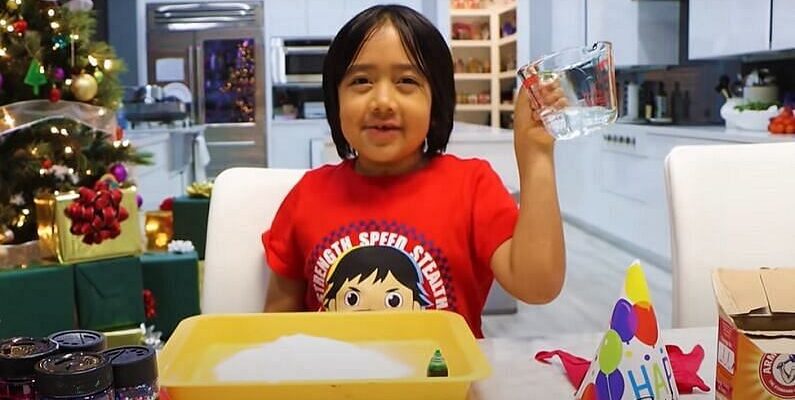 A child named Ryan makes and reviews videos with toys.

You must have heard that people are earning a lot of money from YouTube and they earn good money if they like the video. But, children are also not less in this list. Now many such children are quite famous on social media, whose videos get millions of views. Along with this, they also earn billions of rupees from these videos. You must also be thinking that after all, how do children post such videos, which also get millions of views and they earn a lot.

In such a situation, today we are telling you what kind of video content are being generated by the top kid influencers of YouTube, due to which they are earning big money. A child is earning billions of rupees from YouTube at the age of seven.

If we talk about the world’s top kids influencers, then these people generate content that children like. Most of the people make funny videos or post videos of playing with toys etc., which are liked the most. Let’s see what kind of videos top influencers are making below…

Who earns the most?

Ryan Kazi, who lives in America, earns the most from YouTube. Talking about the list of Forbes released last year, Forbes has named him at the top of the highest earning people from YouTube this year. According to Forbes, Ryan has earned 217.14 crores from YouTube this year. The surprising thing is that not only has Ryan earned so much this year, but he has been earning crores of rupees for many years.

How do you upload videos?

Ryan has a YouTube channel named Ryan’s World. So far, Ryan has uploaded 1875 videos on it, which have been well-liked. At the same time, this channel has 27.6 million i.e. 2 crore 76 lakh subscribers. His videos also get views in crores, due to which he is earning big money. Not only this, in such a situation, many companies also keep dealing with Ryan regarding their products. Ryan posts a video reviewing toys on YouTube. In his videos, he sits among the toys and keeps telling about the toys.

Also read- Gandhi-Savarkar had similar opinion on many issues, know how was the relationship between the two?