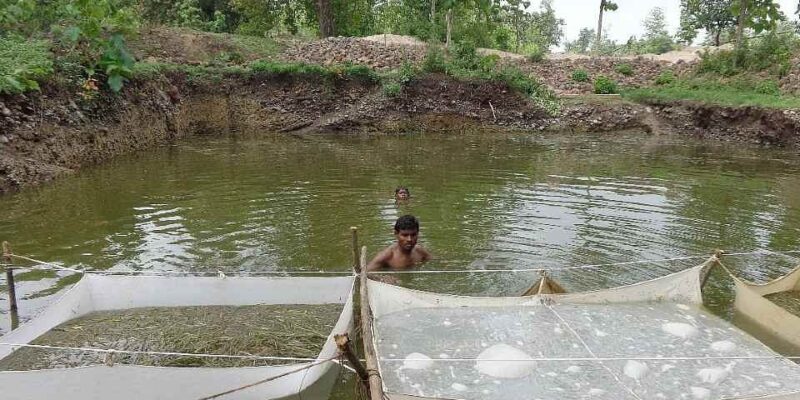 Fish farming is a means of earning more in less land

There are immense employment opportunities in fisheries in the country. India ranks second in the world in terms of fish production. China comes in the first place. If we talk about fish, then the sight and food of fish is also considered auspicious in India. Various schemes are being run by the central and different state governments to promote fish farming in the country. Under this, technical assistance and financial assistance are also given by taking training of fish farmers. In view of the income from fish farming, the government is encouraging farmers to take up fish farming.

There is good earning in less land in fish farming

Under this, various types of schemes are being operated by the government, along with this, people in rural areas will get the benefit of the scheme of pond on lease as well as advanced types of fish seeds are being made available. Facilities for providing technical training related to fish farming etc. are being provided. Fish farming is such a business in which good income is earned even in less land. It does not require a lot of capital to start. A plan has been made by the central government to spend 25 thousand crore rupees in the field of fisheries. Under this, funds will be provided in the form of loans or loans to promote fish production and to remove all kinds of problems faced by small fishermen.

Fish farming getting a boost

50 percent of the total cost of digging ponds for fish farming is given by the central government and 25 percent by the state government. The remaining 25 percent has to be given to the fisherman. It costs about five lakh rupees to dig a pond in two and a half acres of land. If the pond is already made, but it needs a lot of improvement for fisheries. For these types of ponds also, according to the expenditure, the central and state government gives grants, out of which 25 percent has to be given to the fishermen. Loan is also given under the scheme. Under this, farmers interested to take loan can contact the District Fisheries Office and Bank.

Read also: Soybean Price: Soybean price dropped by a quarter, who is responsible?

A horrific accident in Nepal, a bus full of passengers slipped off the road and fell into the river, 32 people died