Even after ban on export, farmers are not reaching the market, in this place of Haryana only 60 farmers sold wheat to the government in 3 days 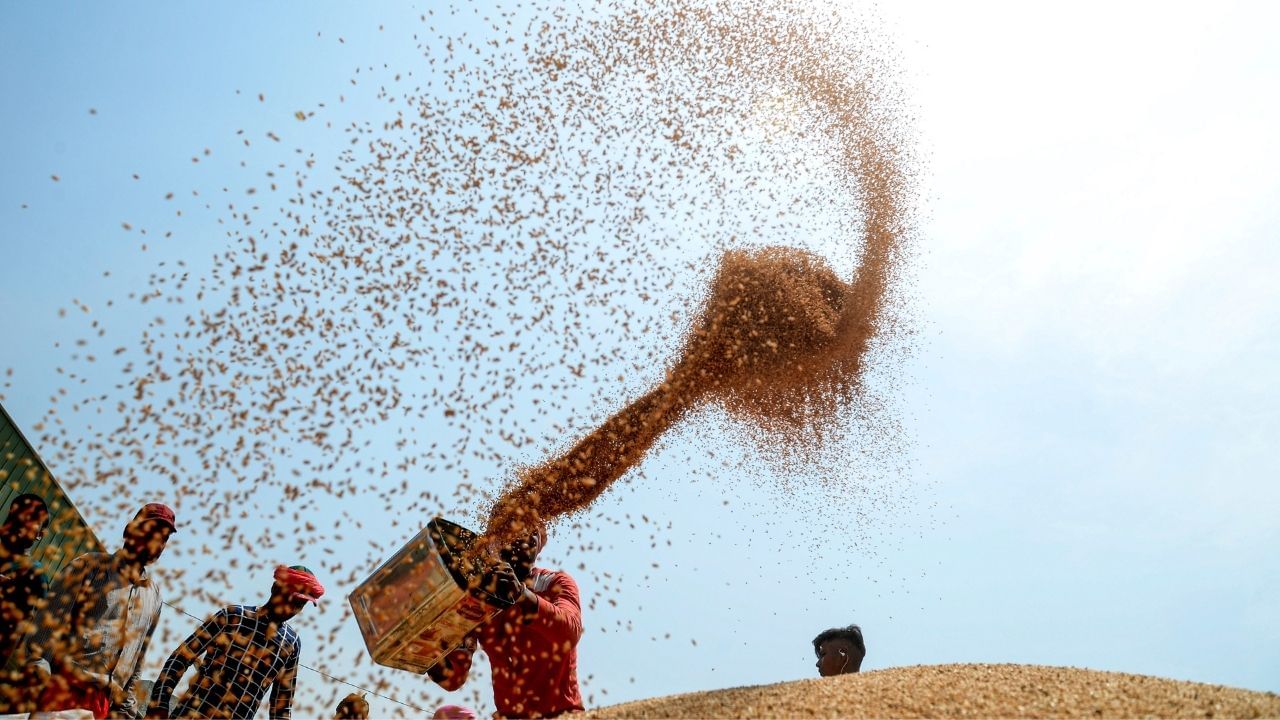 Even though the central government had banned wheat exports due to low production, it was believed that this decision would encourage government procurement of wheat and now a large number of farmers would reach the mandis to sell wheat, but the initial trend Pointing out something else.

The war between Russia-Ukraine has been going on for almost 3 months. Due to this the supply of wheat has been affected worldwide. Although in the past, many countries had got relief from the food crisis due to the export of wheat from India, but in the past, the central government has banned the export of wheat from the country. The central government had taken this decision when the production of wheat was being estimated to be low in many parts of the country. At the same time, it was believed that the decision of the Center would benefit the government wheat procurement process which was behind the target and the farmers would approach the mandis to sell wheat at the Minimum Support Price (MSP) after the ban on exports, but on the export of wheat. After the ban, the trends of government procurement are coming out, they are coming very unsatisfactory. According to the initial trends, even after the ban on exports, farmers are not reaching the mandis to sell wheat.

60 farmers sold wheat in mandis in Karnal in 3 days

The Tribune has published a report regarding the government wheat procurement process which started again after the ban on wheat exports. Under which farmers are not showing enthusiasm to sell wheat at MSP till 3 days after the ban on exports. The report quoted sources in the Haryana State Agricultural Marketing Board (HSAMB) as saying that after the ban on exports, that is, from May 16 to 18, only 60 farmers have sold the crop in the government market at MSP. Under which about 1,890 quintals of wheat have been procured from these farmers. Whereas Karnal of Haryana is the major wheat producing district in the country’s map.

Even after registering, 25% of the farmers did not sell wheat

According to the report of The Tribune, in this entire season, 25 percent of the farmers have not sold wheat at MSP even after registration. In fact, the Haryana government had asked farmers to register before selling wheat. The Tribune in its report, citing the data of the Agriculture Department, said that 56,320 farmers had registered themselves on the Meri Fasal Mera Byora portal to sell wheat crops. Out of which about 42,100 farmers came to the grain markets, while about 14,120 farmers did not come to the market to sell their crops.

Wheat prices are already running above MSP due to Russia-Ukraine war. Due to which farmers were selling wheat to a large number of private agencies since the harvesting of the crop. At the same time, even after the ban on exports, farmers are not selling wheat in the mandis, while private agencies have also slowed down the process of wheat procurement. In such a situation, farmers have also started stocking wheat. According to experts, farmers are stocking wheat waiting for a good price. Farmers are hopeful that soon the ban on export will be lifted and they will get better prices for wheat.