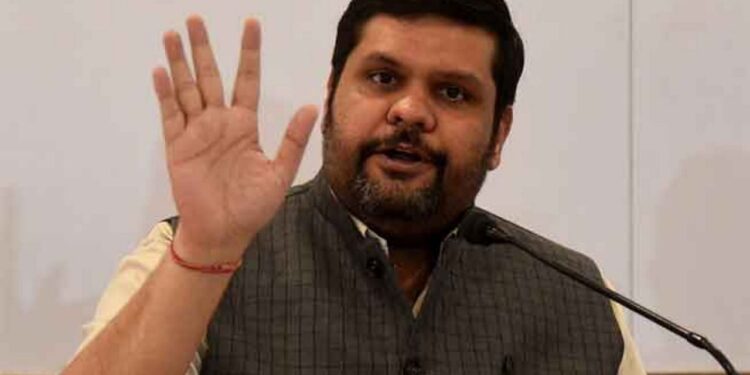 Gaurav Vallabh questioned the Chief Minister and said, ‘We have lost Mahatma Gandhi, Indira Gandhi, Rajiv Gandhi, Beant Singh, Vidya Charan Shukla due to terrorism. Nathuram Godse was the first terrorist of the country. But Yogi tell who left Masood Azhar? Who made Asiya Andrabi the poster girl?’ Gaurav Vallabh also sought answers from Prime Minister Narendra Modi on the issue of Taliban. He said, ‘Prime Minister tell what is the agreement with Taliban? In BRICS, Putin raised the issue of Taliban but the Prime Minister was sitting silent. Gaurav Vallabh also raised questions on the central government on the Pegasus issue. He said that the Prime Minister does an average of 14 tweets, so what could not tell whether the government used Pegasus or not?

Recently, Chief Minister Yogi Adityanath had fiercely targeted the former Chief Minister of the state and Samajwadi Party chief Akhilesh Yadav. During this, Yogi Adityanath taunted Mulayam Singh Yadav by using the word ‘Abbajan’, then there was a ruckus on it. Yogi Adityanath had said in Kushinagar on Sunday that before 2017 the poor did not get ration because then only those who called Abbajan used to digest the ration. Today no one can digest the ration of these poor. If he digests, he will go to jail.