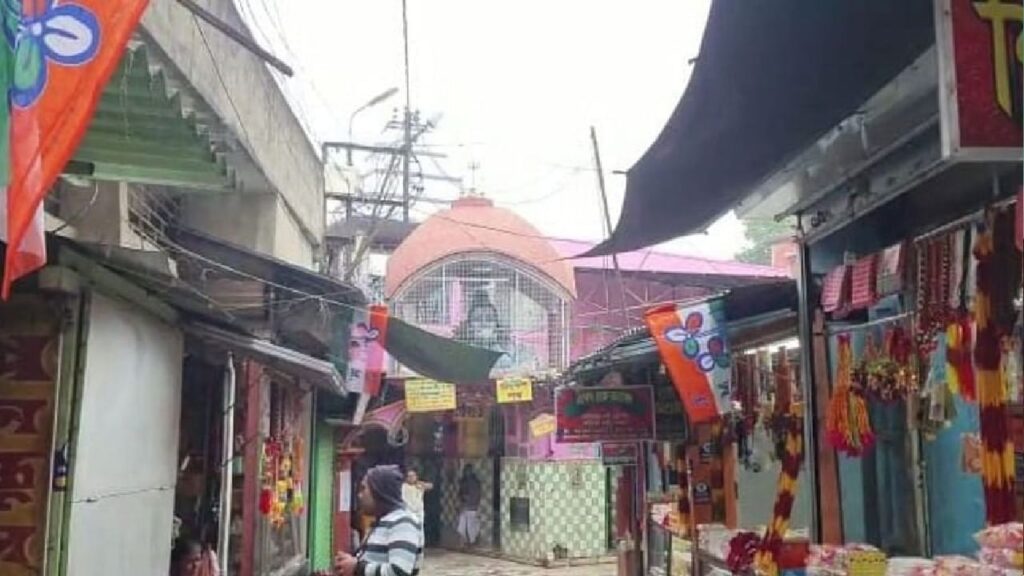 Mahashivratri 2022: The sanctum sanctorum of the Tarakeswar temple in Hooghly district, which was closed for the last two years due to the Corona epidemic, was opened on Tuesday on the occasion of Mahashivratri. On this occasion devotees performed Jalabhishek of Mahadev.

Lord Bholenath’s festival ‘Mahashivratri’ in the country today Maha Shivratri It is being celebrated with great gaiety. There is a huge crowd of devotees of Lord Bholenath in all Shiva temples across the country. Hooghly district closed for the last three years (Hooghly District) of Tarakeswar Temple (Tarkeshwar TempleThe sanctum sanctorum was opened for the devotees. Due to this, devotees went to the sanctum sanctorum and performed Jalabhishek of Lord Shiva. A huge crowd of devotees gathered in the temple on this occasion. Let us inform that even though the temple has been open for such a long time, but due to the corona epidemic, the entry of devotees into the sanctum sanctorum was banned in the temple.

According to media reports, the Tarakeswar temple was opened on 4 September last year. It was closed due to Corona. However, at that time devotees were not allowed to enter the sanctum sanctorum. Please tell that Tarakeswar is a major city in Hooghly district. The city is quite famous as the Tarakeswar Temple located here. The name of this city is also named after this temple. Tarakeswar Temple is dedicated to Lord Taraknath, a form of Lord Shiva. It was built in the eighteenth century. There is a lake near the temple. Whose name is Doodhpokhar i.e. pond of milk. The travelers coming to Tarakeswar Mahadev Darshan first take a bath in this holy lake. Then water, fruits, flowers and prasad are offered to Tarakeshwar Mahadev.

According to the information received from the local people, there are separate long lines of women and men here for the darshan of Taraknath. There is a temple of Kali Maa in the east of the temple. There is a temple of Shiva Ganga in the west and Damodar Thakur in the north. South of Tarakeswar temple is Naubatkhana and Gaddi Ghar. Every day several thousand travelers come here to visit Tarakeswar Mahadev. On Tuesday, on the occasion of Mahashivratri, there was a huge crowd of devotees in the temple.

West Bengal: The session of the Bengal Legislative Assembly will not start from 2 pm! CS met the governor and explained the reason, know the details