Workout Session: Karthik Aryan is sweating a lot in the gym, fans were surprised to see the photo of the workout session 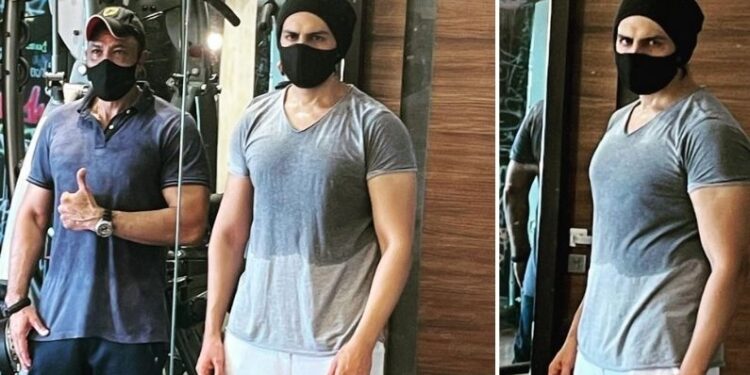 Kartik Aaryan is getting a lot of praise from fans for his sexy gym avatar. Apart from fans, film stars like Varun Dhawan, Farah Khan and her co-star Titu aka Sunny Singh are also talking about her beast avatar.

Kartik Aaryan sweating it out in the gym

Young superstar Kartik Aaryan garners a lot of love from the public by posting the most interesting and attractive posts on social media. This time Karthik Aryan has shared some pictures of his workout session on his Instagram account. These pictures of Karthik Aryan have exploded on the internet. Instead of exercising, Kartik thanked his trainer for the photoshoot and also presented his pictures in a funny way.

Flaunting his toned body, Kartik Aaryan is regularly creating curiosity among fans about his upcoming projects. Seeing these pictures, fans are guessing whether their favorite stars are taking training for any film. Posting pictures with his trainer, Kartik Aaryan wrote, “Very well done photoshoot.”

Known as the social media king, Kartik Aaryan is also known for his interesting and witty captions. His fans also fill the post with comments as a result. Karthik Aryan has received a lot of praise from fans for his sexy gym avatar. At the same time, apart from fans, film stars like Varun Dhawan, from Farah Khan to his Titu aka Sunny Singh started talking about his beast avatar. The actor has surely stunned everyone with his sexy avatar.

Karthik Aryan is seen in different avatars in his films. He works hard to play these characters. Due to his hard work, the versatile Kartik Aaryan has several big budget projects, which makes him one of the busiest and most qualified actors in the film industry. Leaving no stone unturned to play his characters, Kartik often pushes his limits and mesmerizes the masses with his mindblowing performances.

Talking about Kartik Aaryan’s work front, he is ready for the release of his first thriller film Dhamaka. Kartik Aaryan will also be seen in the horror comedy for the first time with Bhool Bhulaiyaa 2. After announcing his grand musical love story with Sajid Nadiadwala and Sameer Vidvans, Kartik Aaryan has piqued the interest of the audience for his upcoming projects. Now the fans are just waiting for the upcoming films of Karthik Aryan.