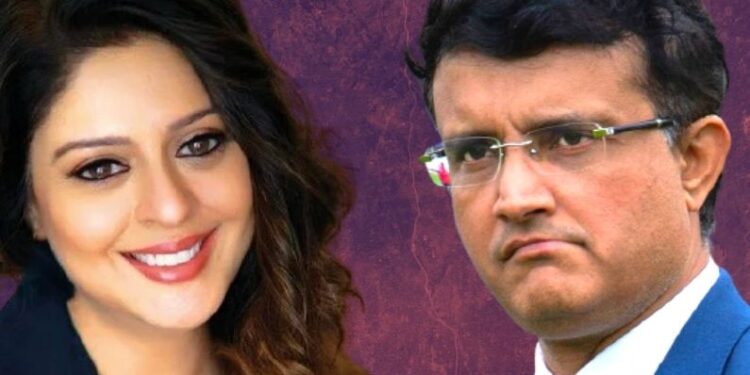 The connection between cricket and Bollywood is not new. Cricket and Bollywood celebrities often become a topic of discussion for only one reason and that is love affair. From Sharmila Tagore and Mansoor Ali Khan Pataudi to Virat Kohli and Anushka Sharma, the love story of many celebrities has been in the news. Meanwhile, when it was announced to be a biopic of former Indian cricket team captain Sourav Ganguly, the controversies related to him started coming to the fore once again. Sourav Ganguly’s controversy, which we are going to talk about, not only affected the career of the former cricketer, but due to this, there was turmoil in his personal life as well. We are talking about the controversy surrounding the love affair of Sourav Ganguly and Bollywood actress Nagma.

Although Sourav Ganguly never made any statement about his relationship with Nagma, but now, when his biopic has been announced, people are speculating that his relationship with Nagma will also be covered in this film story. Will rise However, whether this happens or not, it will be known only after the release of the film. For the time being, let’s talk about the relationship between Sourav Ganguly and Nagma, which created panic in the life of the former cricketer.

When did Nagma and Sourav Ganguly first meet?

Although Sourav Ganguly never talked about his affair, Nagma once broke his silence on the relationship between himself and the former captain of the Indian cricket team in an interview given to Savvy Magazine. Along with this, Nagma had also claimed that she never denied about her relationship.

Why did the breakup happen?

According to a report in Zoom, Nagma had said in an interview to Savvy Magazine – no one said anything, no one denied anything. As long as the existence of each other is not denied in each other’s life, one can say whatever one wants. During this, Nagma also talked about her breakup. The actress had said – Among other things, a career was also at stake, so one had to be left behind. Instead of emphasizing on carrying the ego and being together, many things had to be weighed.

According to the report, Nagma had also claimed that she was being blamed for Ganguly’s poor performance due to this relationship. He said that a game is a game and people get carried away with it. When you feel that you are causing misery in someone else’s life, it is better that you move on.

As of now, Nagma and Sourav Ganguly are happy in their respective lives. Last year, Nagma also wished Sourav Ganguly on his birthday, which shows that there is no estrangement between the two. Talking about Nagma, apart from Bollywood, she also earned a lot of name in the South film industry. Now she is playing her political innings. Nagma is part of the Congress party.

Also read- Amitabh VS Raj Thackeray: Amitabh Bachchan again on the target of Raj Thackeray, MNS protest outside the bungalow