Birthday Special: Married Kiran had fallen in love with Anupam Kher, the actor gave his name to the son of the MP 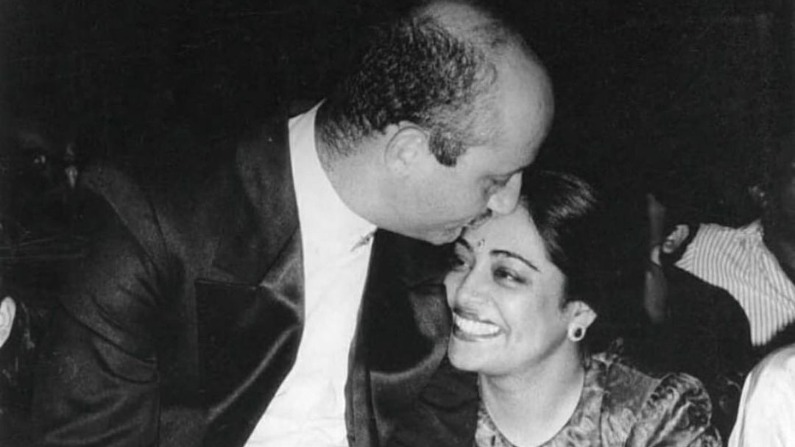 Kirron Kher has worked in films as well as in TV serials. Kirron Kher fell in love with Anupam Kher while working in films.

Actress Kirron Kher, who has proved her mettle in Bollywood, is celebrating her 69th birthday today. Kirron Kher was born on 14 June 1952 in Punjab. When asked about Bollywood’s favorite mother, Kirron Kher’s name comes on everyone’s tongue. Kirron Kher has also worked in TV serials along with films. Kirron Kher fell in love with Anupam Kher while working in films. After which she divorced her husband and married Anupam Kher.

met in the theater

Kiran and Anupam met during the theater in Chandigarh. There the two became very good friends. Both used to know everything about each other but did not know that this friendship was going to turn into love later. Kiran had come to Mumbai in 1980 to start her career. Where he met businessman Gautam Berry and fell in love with him. Both got married and had a son. Kiran and Gautam’s son’s name is Sikandar.

This is how love felt

Once Anupam Kher and Kirron went to Kolkata for a play. Where both of them felt love for each other for the first time. During that time Anupam was returning from my room, when he looked at me, we both felt something special.

After realizing the love, Anupam Kher did not spend much time talking about his heart. One day he went to Kiran’s house and told her that he wanted to talk about something. Anupam expressed his love for Kiran. Just then did the friendship of both turn into love.

Kiran divorced her husband and Anupam Kher his wife and both tied the knot in 1985. Anupam Kher also gave his name to Sikandar, the child from Kiran’s first marriage.

Let us tell you that Kirron Kher is currently battling with blood cancer. His treatment is going on. Anupam Kher and his son Sikander keep updating fans about Kirron Kher’s health.

Also read: Himesh Reshammiya Net Worth: Himesh’s career shone with Salman’s ‘Tere Naam’, today he is the owner of so many crores