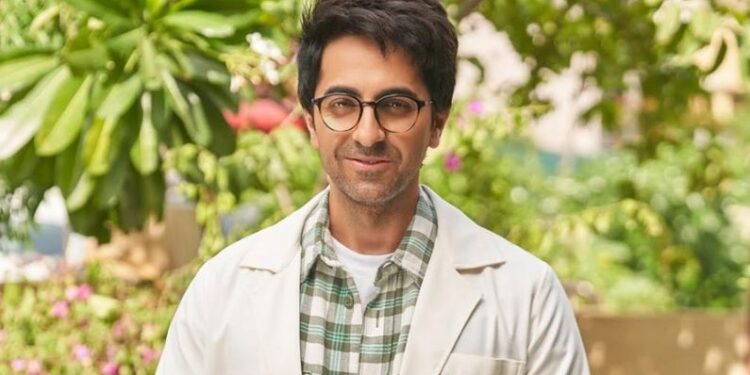 Sharing his first look on Twitter, Ayushmann Khurrana wrote- “Doctor ji has come ready. Now the shooting will happen.” Fans of Ayushmann Khurrana are very much liking his new avatar. The thing that his fans are commenting the most about in this first look of Ayushmann is the book he held in his hand. It is written on the book – Gynecology therapy means that it gives a hint that Ayushman is going to be seen as a gynecologist in the film.

Reacting to his look, Ayushmann’s co-star Gajraj Rao also addressed the actor as a doctor and congratulated him for his new film.

Yes! You will rock as a gynaecologist 😆😆 pic.twitter.com/tRvCcg4ISm

Good luck to you, anubhuti_k and everyone else on team! Again, such an interesting subject. The choices you make are phenomenal!

It has to be a hilarious act…

Let us tell you that this film is being produced under the banner of Junglee Productions. This is Ayushmann Khurrana’s third film with Junglee Productions. Earlier he has done Bareilly Ki Barfi and Badhaai Ho. Rakul Preet Singh will also be seen in an important role in the film Doctor Ji along with Ayushmann Khurrana. Rakul and Ayushmann are sharing the screen for the first time through this film. Anubhuti Kashyap is directing the film. This film is a campus comedy drama.

Also read- Neha Dhupia is going to be a mother again, shared a photo with baby bump and gave good news to the fans