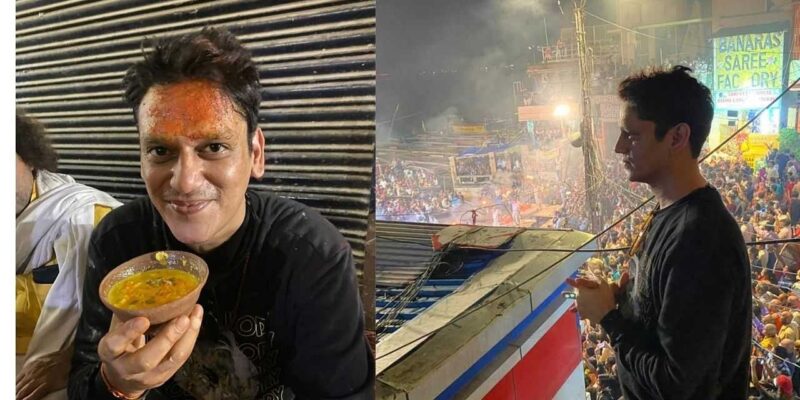 After completing the shooting of his film Darlings with Alia Bhatt, famous actor Vijay Verma is busy shooting for his next series in Varanasi, the city of Bhole Baba.

Varanasi is a great city in itself, where the streets have a different charm. This is the reason why the actors are constantly roaming the streets here, taking time out from the shooting of the film. Let us tell you, Vijay has shared some very special pictures here on his social media account as well. Sharing these pictures on social media, the actor wrote that “New beginnings require new blessings. Ghat, chaat and Baba’s blessings”

Talking about this recently, the actor said, “I had recently left for Uttar Pradesh after completing the shooting of ‘Darlings’. I am currently shooting in Varanasi and I used my first vacation to visit the iconic temple here and to express my gratitude for all the grace I experienced this year and seek blessings for this upcoming series, I decided to go to Kashi. Visited the Vishwanath temple, Shiva ji present there is one of the 12 Jyotirlingas. I also got a chance to perform Rudra Abhishek Puja and be a part of the prestigious Ganga Aarti at Dashashwamedh Ghat which was a beautiful experience.”

Talking about the flavors of Varanasi, he said, “I also got a chance to taste the flavors in Varanasi, my team and I ate at the famous street food joint, Vishwanath Chaat Bhandar and treated ourselves to some delicious pani puri and chaat. Di which we completed with the unique Thandai of the city. Overall, I would say it has been a unique experience in life and I am enjoying being in Varanasi.”

We saw Vijay Varma in the film Gully Boy with Ranveer Singh and Alia Bhatt. Since then the actor is continuously working in the best films. Not only this, he is shooting for his next web series these days. The fans of the actor are very fond of him. Which is a good sign for the upcoming projects for the actor.

Also read: – Break Point: Martina said on the breakup of Leander Paes and Mahesh Bhupathi – When you doubt your partner…