Akshaya Tritiya 2022: Make auspicious purchases in gold on this day, 11 percent increase in gold jewelery demand is possible this year 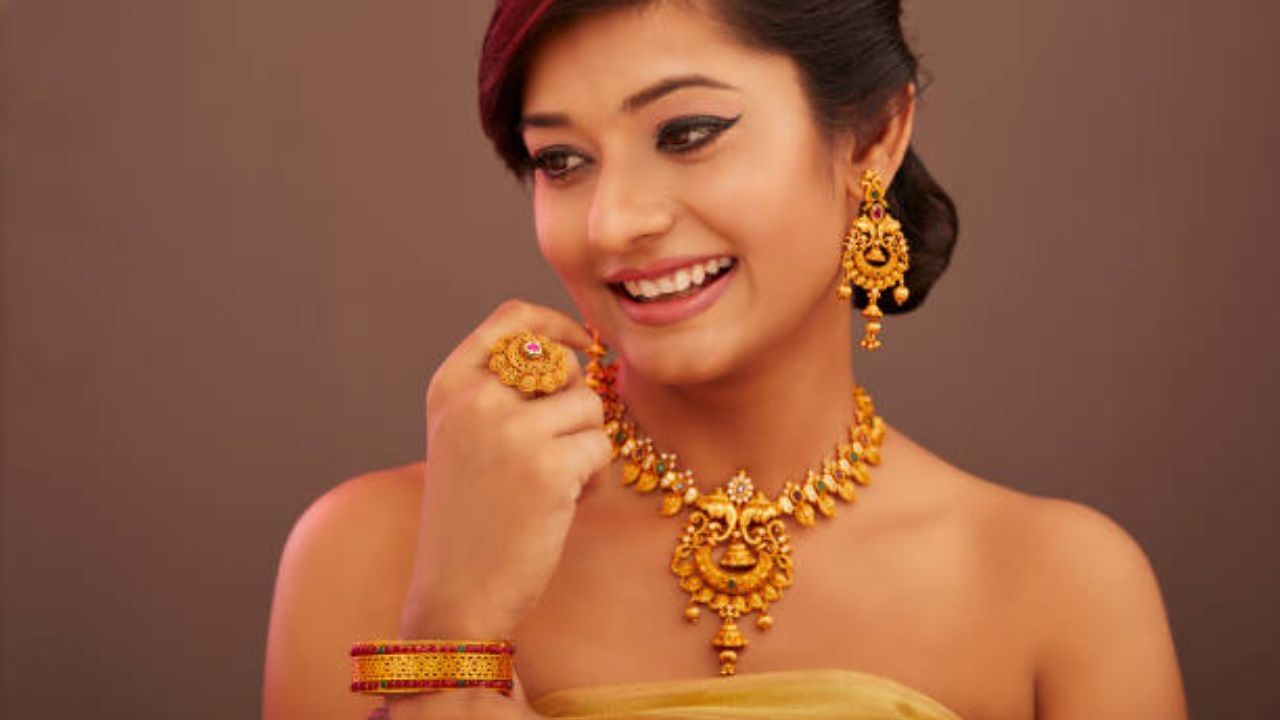 Buying gold on this day is considered auspicious.

Akshaya Tritiya 2022: Today is Akshaya Tritiya and buying gold on this day is considered very auspicious. According to a report, an 11 percent jump in the demand for gold jewelery is possible in the current financial year.

Gold craze in your countryGold demand in IndiaWe all are aware of how much it is. People buy gold on every auspicious work, apart from this, it is also preferred to wear it in the form of jewellery. Today Akshaya Tritiya (Akshaya Tritiya 2022) and on this day everyone wants to buy gold because it is believed that it brings rain of wealth and grain. A report has estimated that the demand for gold jewelery in the country is expected to grow by 11 per cent in the current financial year. The ICRA Ratings report said that after the strong retail performance of last year, the demand for jewelery in the country will remain strong this year. The report said that organized retailers within the jewelery retail industry are expected to see a sharp 14 per cent growth in revenues due to their aggressive store expansion plans and a gradual shift from the unorganized sector to the organized sector.

Jayanta Roy, Senior Vice President and Group Head, ICRA said, “Demand is expected to strengthen during the current Akshaya Tritiya season, which will lead to a growth of around 45 per cent in the first quarter of FY 2022-23. He said that the demand for gold jewelery in the current financial year is expected to be around 40 per cent higher than the financial year 2019-20.

Demand was low due to high price

The Icra report further said that the growth of the retail jewelery sector is estimated to be around 26 per cent in the last financial year after the demand recovery after the second wave of Kovid-19 in the first quarter of 2021-22. It has been said in the report that this has been seen despite the sharp increase in gold prices. Due to high gold prices at the end of the last financial year, people had also postponed their purchases for marriages.

Gold consumption in India (Gold demand in India) was 797.3 tonnes in 2021 and the upward trend is expected to continue this year as well. The World Gold Council (WGC) estimates that the demand for gold in India can be 800-850 tonnes in the year 2022. Regional Chief Executive Officer at WGC, Somasundaram PR said that in 2021, jewelery demand grew by 93 per cent to 611 tonnes. In 2020, this demand was 316 tonnes. Demand will continue to grow in the year 2022 as well.

Shehnaz Ali
Shehnaz is a Corporate Communications Expert by profession and writer by Passion. She has experience of many years in the same. Her educational background in Mass communication has given her a broad base from which to approach many topics. She enjoys writing about Public relations, Corporate communications, travel, entrepreneurship, insurance, and finance among others.
- Advertisement -
Must Read
Auto