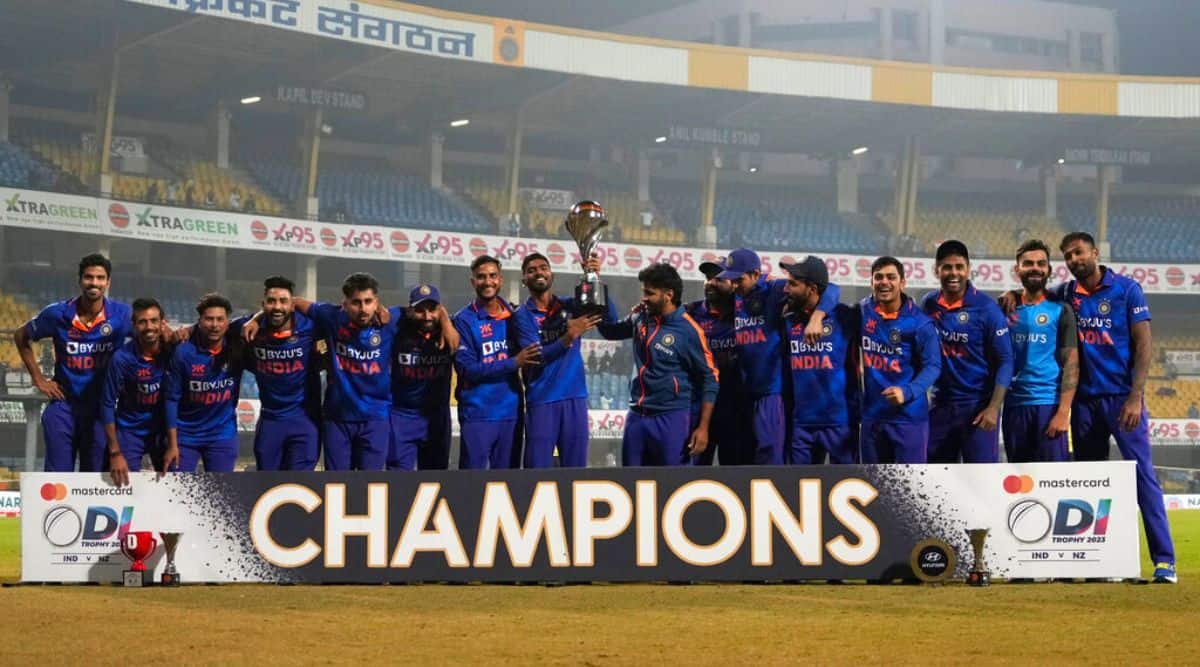 It has been an excellent start to 2023 for Indian cricket, as they followed up their series victory over Sri Lanka with another series win against New Zealand. The hosts won the first and second ODI matches to go into an unassailable 2-0 lead.

The star of the New Zealand series has been Shubman Gill. The opening batsman scored a double century in the opening ODI against the NCZ team, hitting 208 from 149 balls. His innings included 19 fours and nine sixes. It helped his side reach a big score of 349.

As shown on the BBC scorecard, Gill also shone with the bat in the second ODI, in what was a much different role. The Indian hit 40 not out, as he helped steer his side to an eight-wicket victory. He showed his patience in that innings, as Rohit Sharma and Virat Kohli both lost their wickets when Gill was at the non-striker end.

With the ball, Mohammed Siraj and Washington Sundar did their chances of remaining in the ODI no harm at all. As Reuters reported, in the first ODI, Siraj took four wickets in the game, including the dangerous Devon Conway and Tom Latham. A game later, Sundar dismissed Glenn Phillips when the Kiwi was making strides on 36 runs. That was the first of his two wickets in that match.

This latest series win is a big one for India as New Zealand are ahead of them in second place in the ICC ODI rankings. India’s goal in 2023 will be to climb to the top place which is held right now by world champions England. With an ODI home series against Australia next up, they will have another big opportunity to add to their rating.

Franchise League Will Give Fringe Players Opportunities to Shine

India are fortunate enough to have the strongest pool of players to choose from in international cricket. Whenever they make changes to the team, they can bring in players with a lot of ability and experience.

The franchise cricket leagues have helped India in white-ball cricket, particularly the IPL which is the most lucrative domestic cricket competition in the world. The players who have not made the cut for the national team still get a chance to perform at the highest level.

The owners of the IPL are hoping to improve the standard of franchise cricket around the world beyond the Indian league. In 2022, IPL owners bought teams in the South African league, SA20, to compete in 2023. Using a similar model to the IPL, the league has attracted some of the biggest names in the world of cricket. As of the 23rd of January, the Pretoria Capitals, owned by JSW Group, are the 39/20 favourites in the betting with Betway to win the competition in its inaugural year.

These franchised cricket leagues have given many Indian cricketers the chance to test their game in high-pressure situations. It means the step up to international cricket is no longer as big as it used to be.

India will get the chance to win the World Cup in front of their home supporters at the 2023 renewal of the tournament. The quadrennial event takes place in October and November in India. It will be the first time in history that the country will solely host the competition, as they have previously been joint-hosts with Bangladesh, Pakistan, and Sri Lanka.

Despite their talent, India have lifted the Cricket World Cup just twice since the tournament was launched in 1975. They defeated the West Indies in the final in 1983, while more recently, Sachin Tendulkar’s team won the tournament in 2011.

The BCCI selectors will have some tough decisions to make when it comes to the squad they announce for the 2023 Cricket World Cup. They will be under extra pressure to get it right: the home fans at the tournament will expect India to go all the way, as conditions and experience of the wickets at the event will be in their favour.

With the number one spot in the ICC rankings in their sight, and a Cricket World Cup on the horizon, 2023 is set to be a huge year for India, and one where they can assert their dominance in the limited-overs game.