To throw dust in the eyes of India-America, Dawood read the second marriage! Inside Story 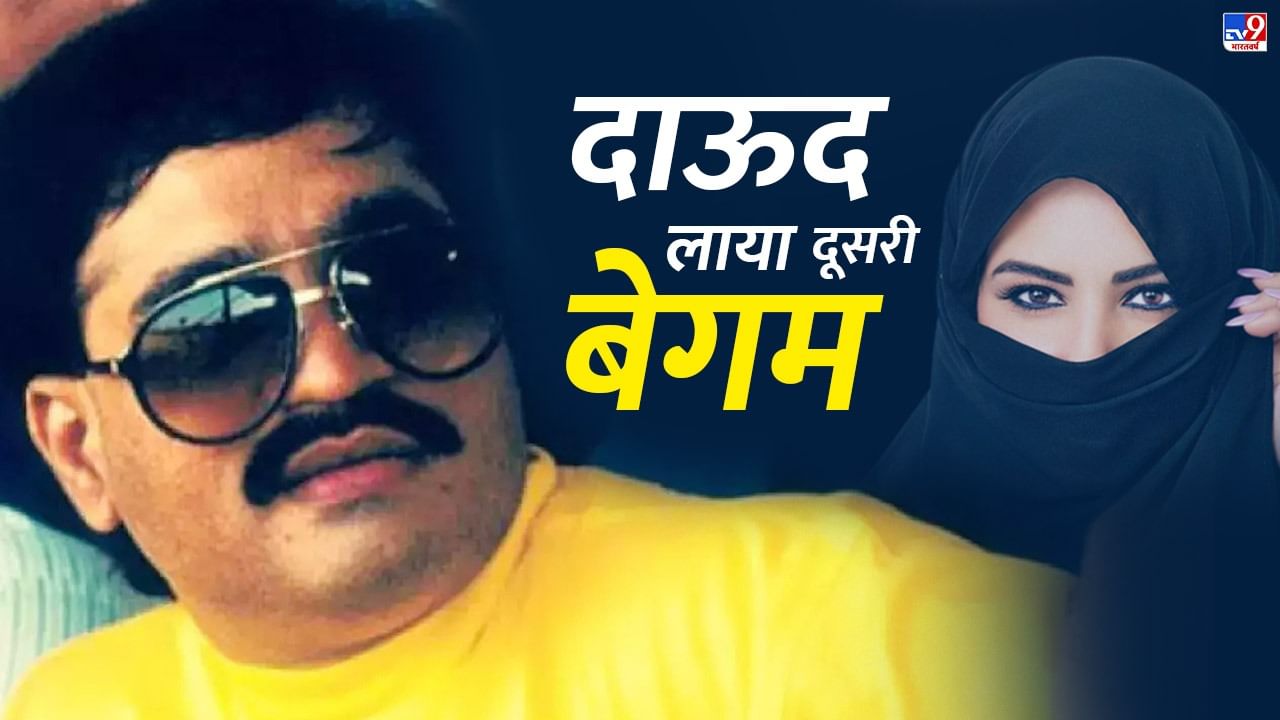 There has been hue and cry over the news of Dawood Ibrahim changing his abode and remarrying in his old age. Intelligence agencies of all the countries have also become alert about both these things. However, former officers of Indian police and intelligence agencies only talk about keeping a close watch on this episode.

Dawood married for the second time

Ever since Dawood Ibrahim’s nephew Alisha, who lives in India, disclosed the marriage done by maternal uncle Dawood Ibrahim in his old age, citing his maternal aunt (Dawood’s first wife Mahjabeen), there has been an uproar in the country and the world. Most of all, the investigation and intelligence agencies of America and India are worried about this marriage. According to Indian intelligence agencies and their former officials, Dawood’s second marriage in old age can be a matter of happiness or good luck for Dawood and his family. Indian and American agencies will have to come on ‘alert-mode’ immediately. What would you have to go on alert mode, must have arrived. Because this celebration of Dawood’s life can also be a hassle and a disaster for his enemies.

It is not a big deal that Dawood standing at the last stage of his life, after marrying a young girl, the Pakistan Army and its intelligence agency ISI are throwing dust in the eyes of their enemy countries (America-India). So that the Pak Army and ISI can be successful in saving their own skin in the recent times of Pakistan! Call it all such sensational inside information or else apprehensions came to the fore on Tuesday, during NewsNCR’s special conversation with many experienced people. The people we talked to included former senior IPS and former intelligence officers of the country. Some former intelligence officers spoke only on the condition of not revealing their identity as a precaution and in the interest of the country. While many former Indian Police Service officers and retired IPS officers who reached the rank of Director General of Police, encounter specialists spoke openly.

Dawood will not do second marriage just like that

Former senior IPS officer of 1974 batch and retired Director General of Police, Uttar Pradesh, Dr. Vikram Singh said, “Dawood and Pakistan were relatives of India even before now. Which they would like for our good now. I can say with a claim that, in old age, Dawood would not have married any young girl at all due to his colorful temperament. That too by divorcing his first wife Mahjabeen. With the experience of 38-40 years of police department job, I have full apprehension without any if-but-but that this will be some dangerous game-plan of Pak Army and its intelligence agency ISI. Otherwise, what is the need for Dawood to fulfill his desires only by marrying well at this age? All are crooks whether it is Dawood, the Pakistani rulers or the Pakistani Army and its intelligence agency ISI.

Pakistan cannot stay outside the limits of the army

In response to a question, Dr. Vikram Singh said, “Hindustan and America have always been on alert regarding Dawood. Because he is also the most wanted of both these countries. Now Dawood and Pakistan have left the new shagufa. After this, in my opinion, whether it is India or America, more attention should be kept on the activities of his second wife than Dawood. It is necessary that those countries, which have needed Dawood for many decades, should investigate the birth chart of the second wife as soon as possible and keep it with them. And those who have longed to see the face of this international terrorist. As far as Dawood’s address is also a matter of getting new. So it won’t matter. He was living in Pakistani Army area earlier also. Even now he cannot survive outside the trap of Pak Army. The end of his life is certain within two to four kilometers.

This is Dawood’s second marriage don’t take it lightly

On Tuesday, NewsNCR spoke to Arun Kumar, a former IPS officer of UP cadre and one of the Dabang encounter specialists, about this. Former 1985 batch IPS Arun Kumar, who retired as Director General of Railway Police Force in 2021 and brought the dreaded gangster Sriprakash Shukla to his end, said, “Everyone knows about Dawood. He has done second marriage at this age.

This is his personal matter. Yes, since he is the most wanted Dawood Ibrahim. That’s why we (India-America) will have to look at his second marriage with suspicion only. Because Dawood’s mastermind does not hesitate to conspire by stooping to any extent to deceive the enemy. That’s why it is necessary to find out the story behind this second marriage of Dawood, who is already growing up in the shadow of the Pakistani Army and its intelligence agency. Because he is Dawood. Who never plans any work without any purpose.

david doesn’t do any work in the air

Former Inspector General of UP Police, retired IPS Rajesh Pandey, who had given shelter to gangster Sriprakash Shukla while in the Special Task Force of North Police, also spoke openly to NewsNCR about Dawood. He said, “Dawood must have changed the address, it is not a big deal. New address too but it will be in Pakistan Army area only. I can say this with a challenge. Which is my IPS life experience. Staying with such (like Dawood) masterminds, questioning them throughout life, making their horoscopes.

Dawood removed that it will not be a matter of concern for America and India. There should be concern about this and I hope that our agencies would have started working on why Dawood Ibrahim changed his address after getting married? Not there. Secondly, who Dawood or Pakistan does not allow even the air touched by Dawood to leak. Why did the same Dawood Ibrahim and Pakistan now spread the news of Dawood getting married in his old age to the world by sending Dawood’s first wife Mahjabeen to Dubai through her nephew Alishah living in India? It is very important to get to the bottom of it.

No new address of Dawood, see the horoscope of the second wife

NewsNCR talked about this with retired DCP of Delhi Police Special Cell and famous encounter specialist LN Rao. According to LN Rao, “Dawood may not have changed his address at his own convenience or will. Yes, it is possible that after the second marriage in old age, he has told his new needs to Pakistan. So it is possible that after the divorce from the first wife (as per what I have read in the news), he felt the need of a den in a new and different place. So he must have shifted from the old place. But there should not be so much hue and cry about this new address.

Both Dawood and Pakistan are evil minded. That’s why they complement each other. Dawood knows that he cannot survive without Pakistan Army and its intelligence agency ISI. More or less the same is the condition of ISI and Pak Army regarding Dawood. In such a situation, I have full faith that even today Dawood will remain in the defense area of ​​Pakistan Army. In such a situation, it is not necessary that where Dawood is living after changing the new address. The need is that what is the game plan behind the girl or woman whom he has married second at this age? Because Dawood never takes any step without a long thought.

Intelligence agencies know before the media

NewsNCR also spoke to a former officer in the country’s intelligence agency who had lived in Pakistan and three other countries outside India for many years. On the condition of not revealing his identity as a precaution, he said, “We (Indian agencies and the government) do not make much difference to such news. Simply, we become a little more alert when such things come to the fore. Ask the truth and if you (this special correspondent of TV Bharatvarsh) don’t mind, our (Indian) agencies would have the news of this farce long back. Now the discussion is happening because the media has now come to know. Now it is only necessary that till now Dawood was being monitored. Now with whom he has married second. The responsibility of monitoring that too will increase. Which is part of the duty of the agencies. ,