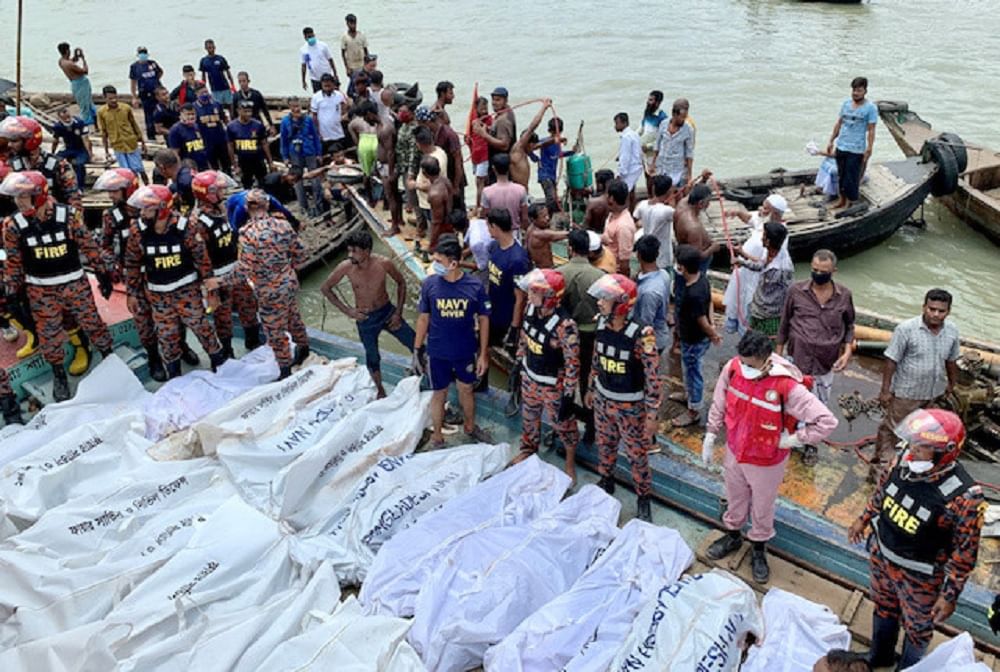 The death toll in the boat capsizing in Bangladesh has risen to 51. Most of the dead are children and women. The bodies of 26 people were recovered on Monday. At the same time, many people are still missing, whose search is on.

Bangladesh The death toll in the boat capsizing incident has risen to 51. Most of the dead are children and women. The authorities gave this information. A boat carrying Hindu pilgrims to a centuries-old temple in northwestern Bangladesh capsized in the Koroto river in north-western Panchgarh district. About 150 people were riding in this name. According to local police station in-charge officer Sujoy Kumar, the authorities have recovered the bodies of more than 25 people, taking the death toll in the incident to 51. These include 13 children, 25 women and 12 men.

Kumar said, some dead bodies were found in a river in Dinajpur. Due to the strong current of the river, there is a possibility of flowing into the tributaries near the dead bodies. Keeping this in mind, the police and fire department are running their rescue operation. Panchgarh Additional Deputy Commissioner (Revenue) Dipankar Roy said the recovered bodies have been handed over to their families. Roy is heading the inquiry committee set up by the district administration. Media reports quoted relatives of the passengers as saying that around 58 passengers were missing, while officials had earlier said 80 passengers were on board.

There were more than 150 passengers in the boat

Witnesses claim that more than 150 passengers were on board the boat. Some people swam back to the banks of the river, but many are still missing. The Dhaka Tribune newspaper quoted the investigating body chief Roy as saying, “As per the initial investigation, there were more people in the boat than capacity.” According to the newspaper, ‘However, he also said that there could be other reasons behind the sinking of the boat, but it will be revealed by the committee after completing its investigation.’

Soleman Ali, the administrative head of the sub-district, said, “The sailor had asked some people to get down in the boat to lose weight, but no one listened to them.” Roy said that the fire service is leading the search operation in Panchgarh. At least 34 people are still missing, fire officials said. However, the relatives are standing in queues on the banks of the river in the area, eagerly waiting for the bodies of their loved ones to be pulled out of the water.

(with input from language)

Russia’s big plan to spend in defense, Indian industries can be of great benefit

Russia cheated the farmers of Ukraine, NASA revealed the secret of wheat theft