Team India reached Christchurch from Hamilton to save the series, Dhawan-Chahal had fun 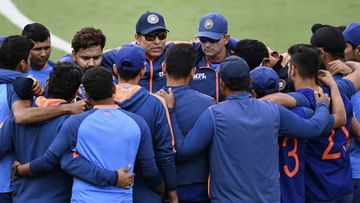 There have been two matches of the three-match ODI series between India and New Zealand and only one match was completed while the second ODI was canceled due to rain.

India is 0-1 behind in the ODI series. (PTI photo)

A three-match ODI series is being played between India and New Zealand and at present the New Zealand team is ahead 1-0 in this series. The third match of this series is to be played on Wednesday. This match will be played at the Hagley Oval ground in Christchurch. This match is very important for India. If India gets defeated in this match, then the series will go out of their hands. At the same time, this series will end on par with the win. Team India has reached Christchurch for this match.

New Zealand won the first match of the series. After this, the second ODI played in Hamilton got rained on. With this, India’s chance to win the series also went away. Now she can only equalize in the series and for this it is necessary that she wins.

direct from hamilton to christchurch

The second match was canceled due to rain in Hamilton and a few hours later Team India turned to the airport. From there took a flight and reached Christchurch. Yuzvendra Chahal’s wife Dhanashree and Suryakumar Yadav’s wife Devisha told from their social media accounts where she is going. Both of them posted a photo of going from Hamilton to Christchurch on their Instagram story.

India has the last chance to save the series in the third ODI. India also played a three-match T20 series in New Zealand and won 1-0. Two matches of this series also could not be held due to rain. The players of the Indian team will hope that the rain does not interfere in the third ODI and the match can be completed so that they can equalize in the series. If the match is canceled due to rain, then its loss is to India only. In such a situation, he will have to face defeat. Team India would also like to improve its performance so that if there is a match, it can win the match with its brilliant game.