KL Rahul’s mother made a royal entry in the wedding, reached the function in a car worth 7 crores 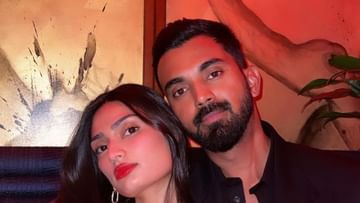 Athiya Shetty, daughter of Indian team batsman KL Rahul and Sunil Shetty, tied the knot on Monday. Both of them got married in Khandala.

Indian team opener KL Rahul and Bollywood action hero Sunil Shetty’s daughter Athiya have tied the knot. Both of them got married in Khandala on Monday. Some close people of both the families also participated in this marriage. Some stars of Indian cricket also came to participate in this marriage. For a long time the fans of both were waiting for this marriage. For this reason, Rahul is not playing in the three-match ODI series being played at the moment. Rahul has not been selected in the T20 series as well. Now after marriage, Rahul will play in the Test series against Australia.

In this marriage, KL Rahul’s mother Rajeshwari reached Sunil Shetty’s farm house in Khandala, she remains a topic of discussion. There has been an uproar on social media regarding his entry. The dhamaal is on the car in which he entered.

Took entry in a car worth five crores

When Rahul’s mother Rajeshwari reached this wedding, people kept watching. Rajeshwari arrived in Rolls Royce, one of the most luxury cars in this marriage. The cost of this car is said to be around five crore rupees. As soon as Rahul’s mother reached in this car, everyone kept watching. The video of her entry is also going viral on social media. She arrived in a white Rolls Royce to attend the wedding function.

Many many congratulations to Anna @SunielVShetty to witness this amazing feeling@theathiyashetty tie the knot with @klrahul, Wishing the couple a wonderful journey for their life ahead ❤️ pic.twitter.com/cm9Y19E9o1