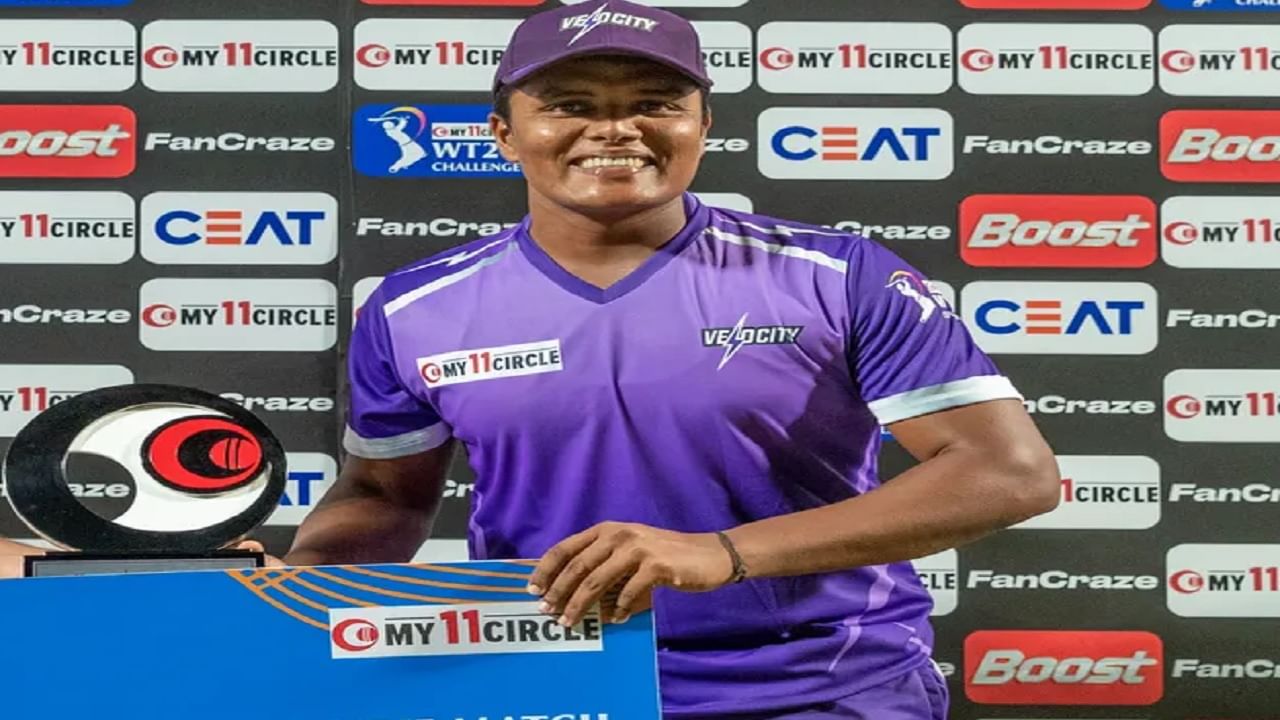 Trailblazers vs Velocity, Womens T20 Challenge 2022: Kiran Navgire’s scintillating half-century has made headlines, after all, how this Nagaland batsman got the inspiration to play such shots, know in this report.

Mahendra Singh Dhoni’s World Cup winning six is ​​etched in the hearts and minds of Indians and this shot changed the lives of many, including Solapur-based athlete Kiran Navgire. The loss of athletics then became the advantage of cricket when Kiran, a former state level athlete from Maharashtra, decided what fun if she could not play long shots like her idol. The 28-year-old, who played domestic cricket for Nagaland 11 years after Dhoni’s shot, immediately grabbed headlines when she impressed with her ability to play big shots. Right-handed batsman Kiran hit the fastest fifty for her team Velocity in the Women’s T20 Challenge and her 34-ball 69 will be remembered for a long time, especially for her five sixes, which spanned 90 meters. .

Talking to his teammate Yastika Bhatia, Kiran said on BCCI.TV, “I feel very good when I hit sixes and practice in the nets. I practice hitting sixes, I watch Dhoni sir’s game and like to finish matches like him, hitting big sixes. Dhoni’s unbeaten 91 in the final against Sri Lanka changed Kiran’s life as earlier she focused more on athletics, kho-kho, kabaddi and helped her father in his fields in Mirae village of Solapur district.

Kiran Navgire only saw the ball, not the bowler

On Thursday, Velocity captain Deepti Sharma gave her a chance to play at number three and Kiran did not disappoint her, playing big shots at international players like Poonam Yadav, Salma Khatoon and Rajeshwari Gaikwad. Kiran said that she was a bit nervous in the beginning but the advice of coach Devika Palshikar helped her a lot. She said, ‘I was a little nervous in the beginning but later everything was fine. The captain and teammates gave me a lot of confidence. Coach Devika said that you don’t need to look at the bowler, just look at the ball and that’s what I did.