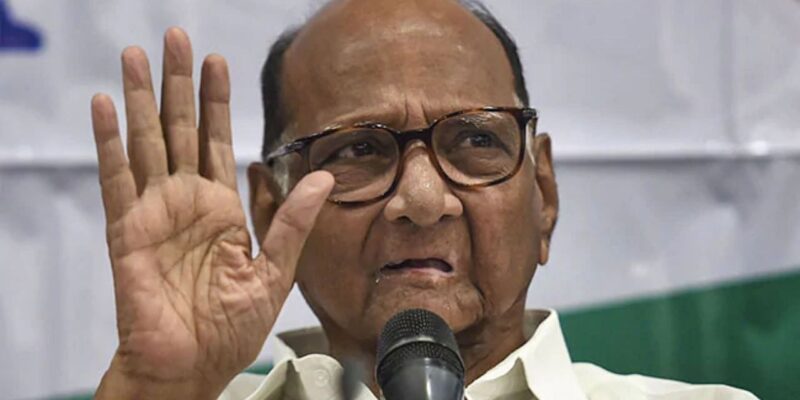 The BJP on Monday took a jibe at NCP chief Sharad Pawar, who likened the Lakhimpur Kheri incident to the Jallianwala Bagh massacre, a day after the Maha Vikas Aghadi’s constituents organized a bandh in Maharashtra against the Lakhimpur Kheri incident. . The BJP recalled the 2011 Maval police firing incident in which three farmers of Pune district were killed when the Congress-NCP alliance was in power.

On August 9, 2011, police opened fire on farmers protesting against a proposed drinking water supply pipeline from Pawana Dam in Pune district to Pimpri-Chinchwad town, killing three. Leader of Opposition in Maharashtra Legislative Council Pravin Darekar on Monday met the families of farmers killed in police firing and paid tributes to those who lost their lives.

‘Why the farmers of Maval were not rehabilitated’

He questioned, “Whatever happened in Lakhimpur Kheri was condemnable. That event cannot be supported. However, politics is being done to capitalize on the incident of Lakhimpur in the name of farmers. Has the martyrdom of these farmers (killed in Maval firing) gone in vain?”

Darekar, without naming NCP chief Sharad Pawar, said the Lakhimpur Kheri incident was likened to the Jallianwala Bagh massacre, but “there was fierce firing on farmers here in Maval”. Why the farmers have not been rehabilitated yet? I have come here to expose the politics behind all this (bandh).”

On Monday, Maha Vikas Aghadi in Maharashtra called for Maharashtra Bandh. To make the bandh successful, Shiv Sena, Congress and NCP leaders took to the road in different areas of the state including Mumbai. Along with the BJP, the wife of former Chief Minister Devendra Fadnavis targeted the bandh. He tweeted, “Today recovery on or off?”

China exposed again on Uighurs! Whistleblower opened the secret, said – travel is done like animals without food and water

Inside Story: Delhi Police lightened by the decree issued by ‘Babu’ in the name of DCP! You will be shocked to know the reality