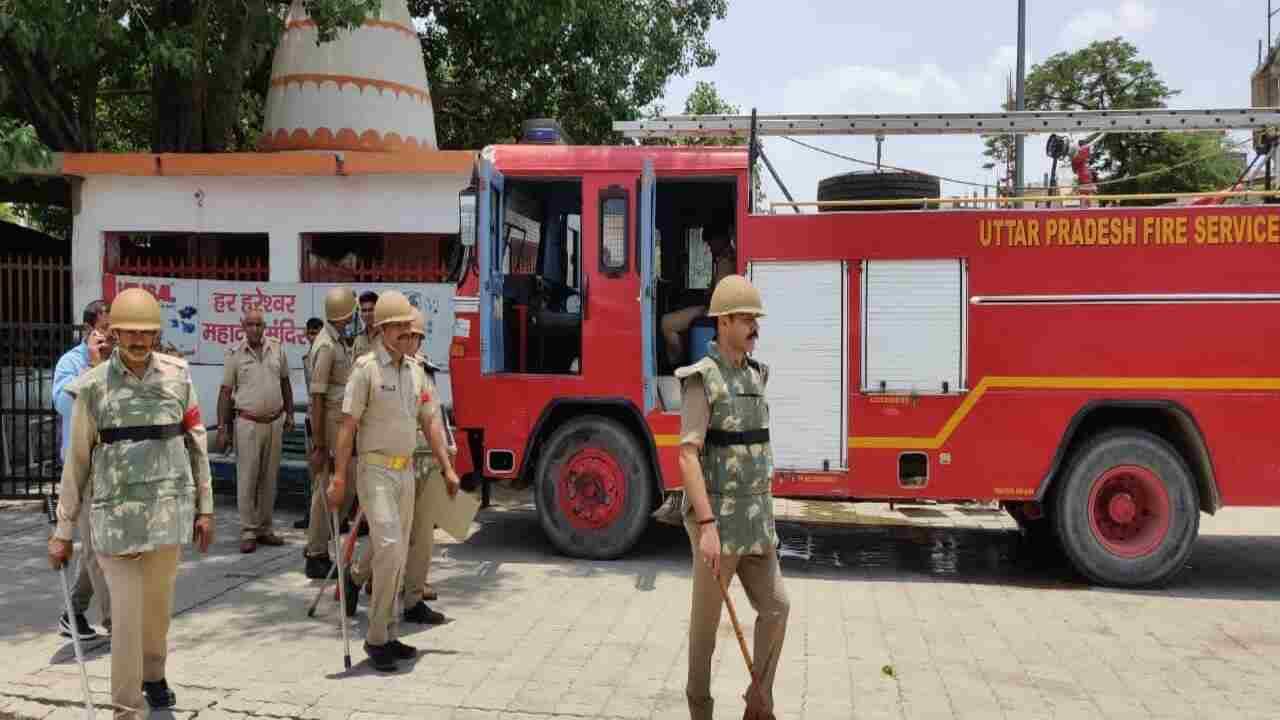 Security has been beefed up in Unnao.

Unnao Superintendent of Police Dinesh Tripathi is personally monitoring the district due to the opposition of the youth to the Agneepath scheme of the Central Government. As a precaution, security arrangements have been increased across the city.

The Agnipath scheme of the central government has to undergo a ‘fire test’ (Agnipath Protest). The pictures coming to many cities of UP are not hidden from anyone. Somewhere trains are being set on fire, somewhere trains are being broken, arson is being done. Pictures of sloganeering are common. For the last two days, in Unnao too, youths are registering their protest by raising slogans continuously. Keeping in view the incident in the districts of the state, the Unnao Superintendent of Police is currently on alert mode.Unnao Police, He himself is monitoring the entire district, whoever came out for the youth demonstration, the police would return him home. On the basis of the input received by the Intelligence Department, the PAC has also been increased. There may be huge protests in Unnao at many places today, GRP also has a special eye on the railway track.

The youth preparing themselves for the army are looking angry at this time because the youth are angry with the Agneepath scheme being brought by the government. In view of the displeasure of the youth, Unnao Superintendent of Police Dinesh Tripathi is personally monitoring the district and police force PAC has been increased in Unnao. At the same time, GRP RPF is continuously patrolling the station and police patrolling has also been increased on railway crossings and railway tracks, such that an incident like burning of train in Unnao cannot happen. On the orders of the Superintendent of Police, security arrangements have been increased near the railway station, bus stand, hostel and stadium. IB and LIU have become active in the kitty. On the instructions of Superintendent of Police Dinesh Tripathi, it has been asked to keep a special watch on the Stadium Ground Army Coaching Centers of the district.

Here the police are in constant touch with the youth, talking to them and trying to convince them. Although some people preparing for the army had set fire to Ganga Ghat on the previous day, since then more vigil has been increased. GRP in-charge Avinash Singh is constantly keeping an eye on the youth from the passengers coming to the railway station. Vigilance is being maintained from the ticket counter to the platform. Police personnel duty has been increased at some sensitive railway points, continuous patrolling is being done, suspicious people are being checked. However, there is still peace in Unnao. On the other hand, yesterday it was seen that some youths were moving towards the district to demonstrate with tires, CO City Ashutosh, who reached the spot, persuaded the youth and sent them back safely.

There was sloganeering but there was no incident like arson

At the same time, SDM Satyapriya Singh stopped the youths protesting by taking out a bike rally in Achalganj police station area and explained them. At present, Unnao Police is on alert regarding the demonstration, no such picture has come to the fore in Unnao so far. Unnao Superintendent of Police Dinesh Tripathi said that the youth raised slogans but no incident like any kind of arson has happened so far. As a precaution, the security system has been increased, the youth who are going out for the demonstration are being explained first and the youth of Unnao are intelligent and are not doing any kind of protection.