Electricity prices may increase from 50 paise to Re 1/unit! The crisis increased due to the inflation of coal and gas 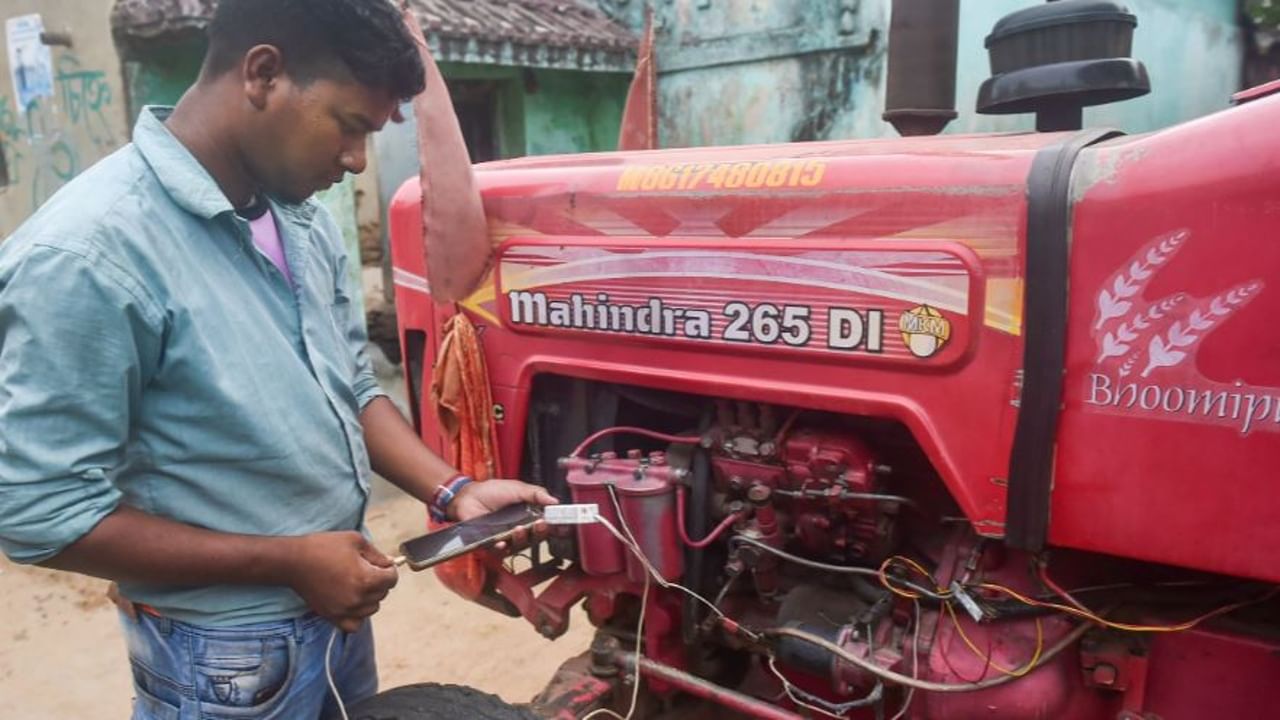 Power Crisis: A young man charging a mobile with a tractor in Burdwan amid power cuts (PTI Photo)

All the signs are pointing towards the increase in the price of electricity. Coal is expensive, gas is expensive and above production is low. The government has not given any opinion about this, but the experts are confident about the increase in the price. The government says that there is no shortage of coal, but there is a power crisis due to low production.

Next Round Electricity Inflation (Power Tariff) belongs to. Such an indication has been made in many media reports. An English newspaper has also written in the report that ‘the power tariff may increase from 50 to Re 1 per unit’. National and international signs seem to be somewhat similar. It is obvious that when the inflation of coal and gas increases, then how can electricity sit in peace. In the context of Russia-Ukraine war, there is every possibility that electricity rates will also increase. Meanwhile, the Reserve Bank of India (RBI)RBIConcern has been raised by a report of ) which states that petrol (Petrol Price) and electricity tariff should also be ‘de-regulated’ like diesel. This means that according to the demand and supply in the market, just as the price of oil is fixed, the rates of electricity can also be fixed. The Reserve Bank also suggests that the participation of private companies in the power sector should increase.

The Reserve Bank has given many more suggestions regarding electricity rates. For example, the participation of the private sector in transmission and distribution should increase. The Central Bank says that in terms of business, the electricity rate in India is the highest, which needs to be made competitive. From all these things, it seems that there is some big preparation regarding the rates of indoor electricity and we can see some big change in the coming time.

disclosed in the report

The report of credit rating agency Icra also indicates something similar. The report says that the government’s effort is to overcome the power crisis by importing more and more coal. Since coal imports are getting costlier now, power supply for discoms could be costlier by 4.5-5.0 percent. Due to this, the electricity reaching the homes of the consumers can also become expensive. A few days ago, the government has issued a directive saying that all the plants running on imported coal will have to generate electricity with their full capacity to meet the demand of electricity. These companies cannot reduce power generation by citing expensive coal.

The government told the states and power generating companies that all the plants which run on domestic coal, they will have to import 10 per cent of their coal requirement and mix it with indigenous coal to generate electricity. This directive of the government is till 31 October 2022. The government had to give this instruction because power companies reduced imports due to rising coal prices in global markets. It has been told in the report of ICRA that in FY 2022, coal imports of the power sector came down to 4 percent, while in FY 2021 it was 8 percent. This happened because the price of coal has increased by up to 150 percent in the last 12 months.

How much will the price of electricity increase

In view of this sharp increase in prices, it is expected that coal-based power plants may increase the price of electricity by up to Rs 3 per unit between March 2021 and May 2022. Right now the month of May is going on and more than two weeks are left in it. Therefore, if there is an increase in the price of electricity, then it should not be considered as a shocking decision. The cost of electricity for discoms is also increasing rapidly due to the increase in the price of imported coal. If we look at the difference in cost per unit, then it can reach 68 paise as against 50 paise per unit earlier estimated. Accordingly, the cost of power supply can increase by up to 5 percent. Due to this, the tariff of power supply for discoms can be costlier by 4.5 percent at the all India level.

Coal Secretary AK Jain says that there has been a shortage of coal near some power plants of the country because the economy has grown rapidly after Corona and due to this there is a huge jump in the demand for electricity. This time the summer has come earlier than last year, there is a big increase in the price of coal and gas in the global market, due to which the electricity generation has decreased in line with the demand. Particularly the reduction in power generation is being seen in the power plants of the coastal areas.

Power plants in the coastal areas run on imported coal, gas is also produced. With the increase in the prices of these two, the power generation has decreased. Power plants in the north and west parts of the country are completely dependent on imported coal. It takes about 10 days to deliver indigenous coal from wagon or train rake to these power plants. Indigenous coal is sent to these power plants to compensate for the imported coal. In these states, the problem of electricity is being seen due to the time taken for 10 days to reach the racks. Since there is more focus on the supply of coal in these states, there is a shortage of coal in other parts of the country as well. Railways is trying to overcome this shortcoming and more coal consignments are being loaded than last year. Even rakes are being removed from other sectors and installed in the supply of coal so that the problem of electricity can be removed.

Who is Sridhar Vembu, the founder of Zoho, the most profitable Indian internet company?

Shanti Bhushan is no more, forced Indira Gandhi to leave the chair due to his legal tricks