The Governor held a meeting with the Vice Chancellors and the Education Minister, said – no opposition, will work together 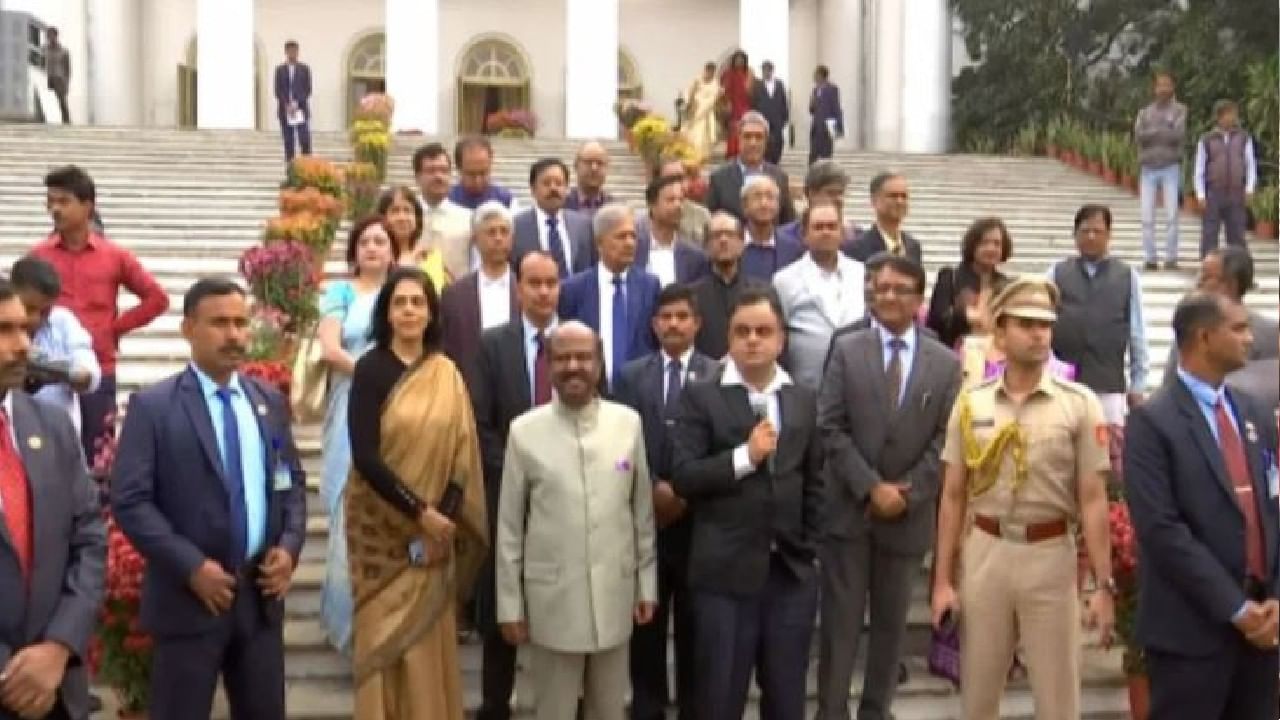 IMAGE: The Governor of Bengal holds a meeting with the Education Minister and Vice Chancellors of various universities.

Governor of West Bengal CV Anand Bose Said that Mamta Banerjee will not oppose the government, will work together. Education Minister Bratya Basu addressed the Governor and the State vice-chancellors of universities Termed the meeting between Governor CV Anand Bose on Tuesday Raj Bhavan He came out of the meeting and also announced that from now on there will be ‘harmony, not conflict’ between the Raj Bhavan and the education department. In his own words, “From now on Raj Bhavan, Nabanna and Vikas Bhavan will work in harmony.

It is clear from the talk of Governor CV Anand Bose that the era of former Governor Jagdeep Dhankhar is over, but the question has arisen that ‘Chief Minister will be the Chancellor of the state’s universities’ – will the government make changes in this bill brought in the assembly this time? Acharya will be the governor? However, the Education Minister did not comment on this.

The Vice-Chancellors of the State Universities held their first meeting with the Governor at Raj Bhavan on Tuesday. As per tradition, the discussion was held keeping the education department in the middle. Education Minister Bratya Basu was also present. Bratya said that Tuesday’s meeting was held on the instructions of the Chief Minister. He said, “I held the meeting on the instructions of the Chief Minister. The result of today’s meeting has been fruitful. There will be no conflict with our department in Raj Bhavan, coordination will remain important and fruitful. He also described this meeting as ‘historic’. In his words, “A historic meeting of the Governor and the Vice-Chancellors of all the universities took place. This is the first time that I, my head of department and all vice-chancellors of government-run universities have held a meeting at Raj Bhavan with the permission of the governor.

The Governor said – Bengal will guide the country and the world

After that Bratya said that Governor Bose has taken complete information from the Vice Chancellors. Bratya said, “Acharya knows all the details. It was a very inspiring meeting. Acharya talked to each Vice Chancellor separately. Every university has taken the news. He expressed full faith in the schools and departments run by the government. The governor himself said that Tuesday’s meeting was fruitful. He said, we had a very encouraging, inspiring discussion. The essence of the discussion is to open all the doors of education for the new generation, so that the new generation can take Bengal forward. He further said, “Education is the most powerful tool. It is necessary for change in the society. The Vice Chancellors gave excellent advice. Everything will be thought of. There will be a new Bengal, that Bengal will guide the country and the country to the world. As Gurudev said, where the mind is fearless, the head is held high.”

Get 10th pass government job, from railway to CISF, opportunities in these departments