PM Modi met 11 children honored with ‘Bal Puraskar’, know why they got the award 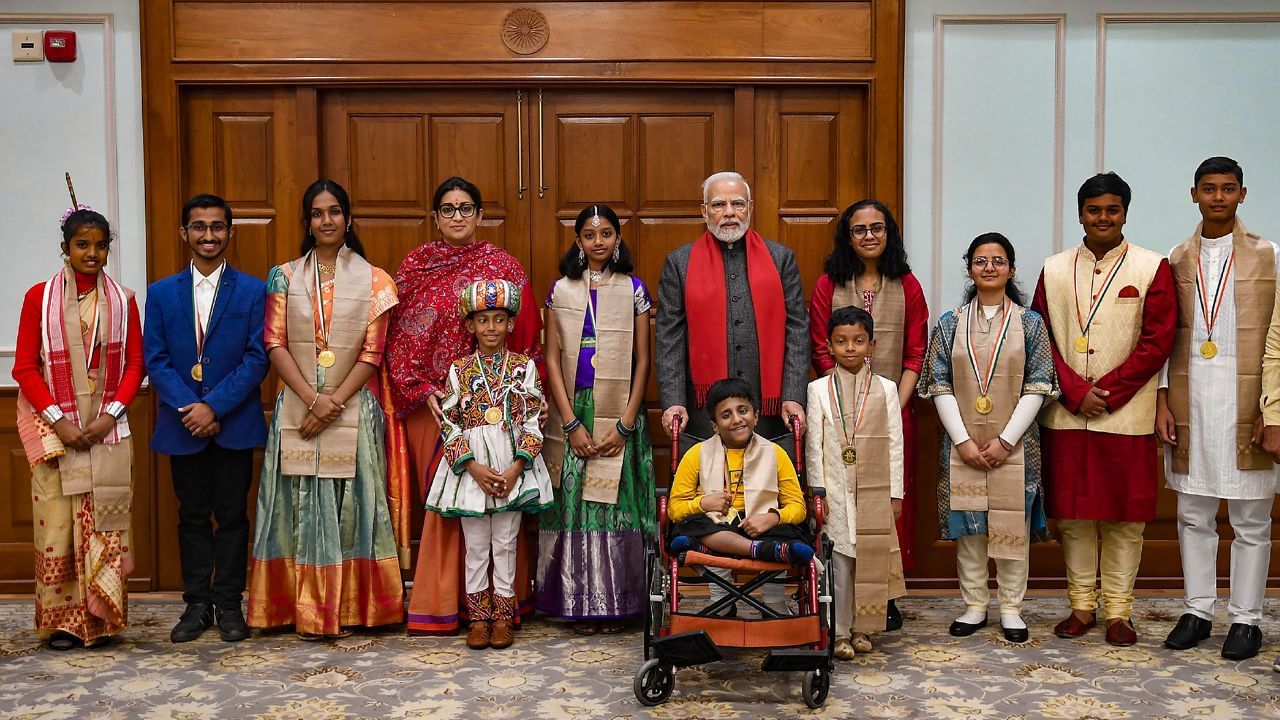 Eleven children from across the country have been honored with the Prime Minister’s National Child Award this year. Let’s know about these 11 people.

Prime Minister Narendra Modi on Tuesday interacted with the winners of Pradhan Mantri Rashtriya Bal Puraskar and discussed issues such as tackling mental health stigma and problems faced by children. The Prime Minister suggested these children to develop the confidence to solve big problems as they move ahead in life. According to a statement issued by the Prime Minister’s Office (PMO), the award winning children PM Modi various questions about the challenges faced by them and sought their guidance on various topics.

PM told the importance of family

According to the PMO, the Prime Minister suggested the awardees to start by solving small problems, gradually build capacity, enhance capacity and develop the confidence to solve bigger problems as they progress in life. He also discussed the issue of mental health and problems faced by children and suggested them that family is the biggest support in such matters.

During the conversation, the Prime Minister discussed the benefits of playing chess, adopting art and culture as a career, research and innovation, spirituality and many other topics.

The Pradhan Mantri Rashtriya Bal Puraskar is given to children for their excellence in six categories such as art and culture, bravery, innovation, academics, social service and sports. Each award winner is given a medal. Along with this, he also gets one lakh rupees and a certificate. This year, 11 children from 11 states and union territories of the country were awarded in the categories of art and culture, bravery, innovation, social service and sports. Six boys and six girls were involved in these children.

Know who are the 11 award winners

Aditya Suresh is also among the recipients of the National Child Award. He has bone disorder since childhood. When he came to know about this disease, he did not reduce his morale. He continued singing and today he is a talented singer. He has performed in more than 500 shows and has shown a remarkable power of resistance. Aditya has been honored in the field of art and culture.

M Gauravi Reddy is a fabulous dancer. He has performed in different programs and is very passionate about Indian culture. At the same time, Sambhab Mishra is a very creative youth. He has many articles to his credit and has also received many prestigious fellowships.

Apart from this, tabla artist Bhattacharjee is also among the awardees. He also holds the record for playing the instrument for the longest time. He has also been honored at forums like the Cultural Olympiad of Performing Arts. Rohan Ramchandra Bahir was awarded in the category of bravery. He saved a woman from drowning by jumping into the river. During this he displayed great bravery and fearlessness.