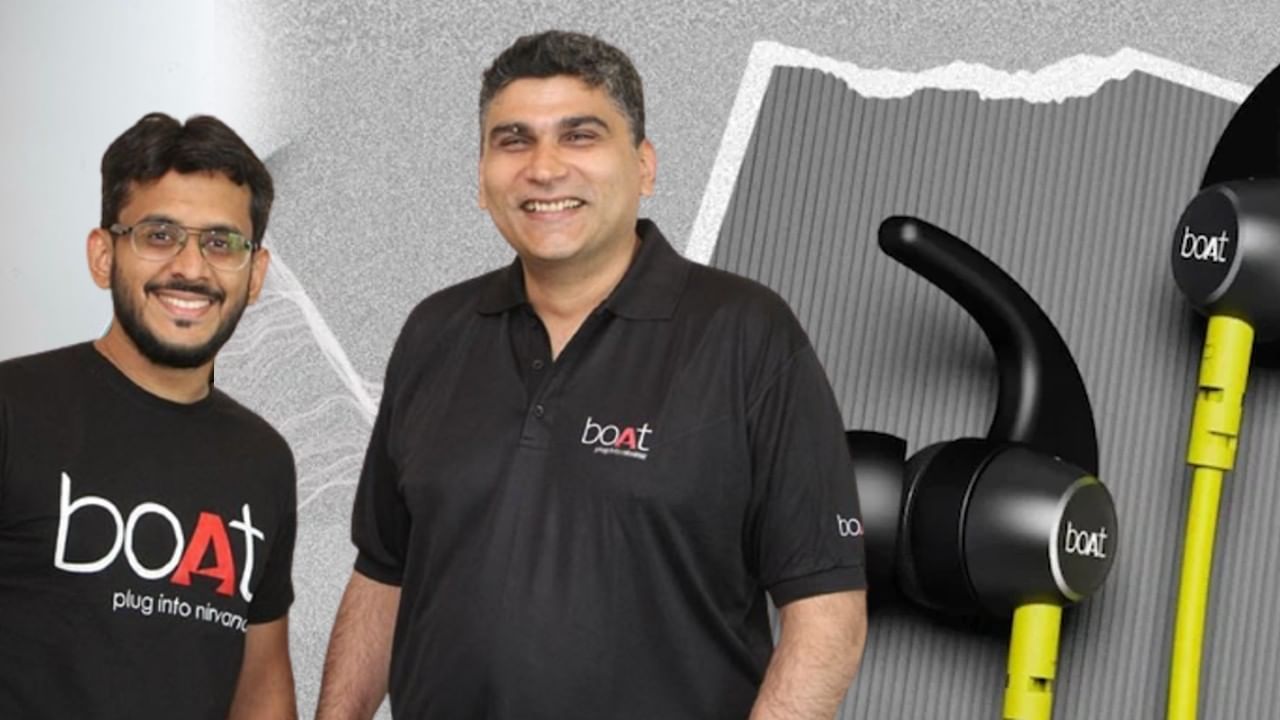 Sameer Mehta and Aman Gupta together started the boat in 2016 with Rs 30 lakh. The surprising thing is that it is considered an audio wearable company, but it started with cable wire.

Aman Gupta and Sameer Mehta together started the boat in 2016 with Rs 30 lakh.

Headphones, Bluetooth audio devices and earbuds… giant company boat The use of such products of (boAt) has increased year by year among the youth. Boat is one such earwear audio company, which has made its reach among the youth within a very short span of time. After launching in 2016, it emerged as a giant in its field within just 6 years. In 2020, Boat was awarded the title of the world’s 5th largest wearable brand.

The company’s co-founder Aman Gupta is seen in the recently started season-2 of Shark Tank India. Know how the journey of the boat started and what strategy it adopted through which this company created history.

Sameer Mehta and Aman Gupta together started the boat in 2016 with Rs 30 lakh. Sameer Mehta is the company co-founder and chief product officer. He did his early studies from St. Xavier’s School in Mumbai and graduated in commerce from Narsee Monjee College of Commerce and Economics. Together with Aman Gupta, he started a company called Image Marketing, which is the parent company of Boat.

At the same time, the company’s co-founder and Chief Marketing Officer (CFO) Aman Gupta has graduated in commerce from Delhi University. After doing MBA, he worked as Assistant Manager in Citibank and later as Sales Director in Harman International. After working in the legendary sound company Harman, the experience there came in handy. It was from here that the idea of ​​starting the boat came.

Initially, the target was set to launch such products, which could be presented as a lifestyle brand. But it started as a company manufacturing and selling cable wires. Later both the owners focused on manufacturing lifestyle brand products through the boat. The company started making such audio products which have become the need of the youth of the country.

The bot strategy that worked

When the company started working in the field of electronics, it adopted three strategies which worked. What is the need of the customer, what changes do they want to see in the product in future and how is their behavior regarding the product? Based on these three things, the company prepared its business model. The company made such products which have quality and the price is within the reach of the user.

This was the reason that started giving better audio experience to the users at a lower cost. Boat moved forward in the field of consumer electronics and the figures of 2020 show that by this year the company had around 8 lakh customers. The company claims that it is selling 6 thousand units daily. The company is constantly working to improve the products.

How a tobacco company rose from hotel to FMCG sector, this is the whole story