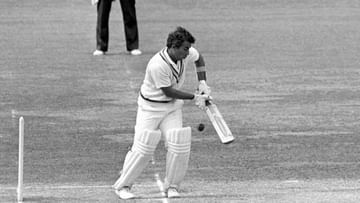 Sunil Gavaskar always used to open in his career but there was a match in which Gavaskar batted at number eight.

Sunil Gavaskar is counted among the great batsmen of the world.

Whenever Sunil Gavaskar’s name is taken, everyone remembers that batsman who is counted among the greatest batsmen of all time in the world. The batsman who faced the dreaded West Indies bowling attack without wearing a helmet. Such a batsman who stays on the wicket, then it is difficult to get out and by looking at his shots, you can know what is the beauty of batting. Gavaskar was the opener. Used to face the new ball. But there was one match when Gavaskar started bowling with the new ball in his hands and batted at number eight in this match. That match ended on this day i.e. 17th January and India got victory in this match.

The captain of the team was Ajit Wadekar. The match was with England. The Chennai pitch was helpful to the spinners and hence Wadekar had decided to play four spinners. These four spinners were Bishan Singh Bedi, Bhagwat Chandrasekhar, Erapalli Prasanna, Salim Durrani. There was only Eknath Solkar in the team as a fast bowler.

England batted first in this match. Gavaskar started with the new ball along with Eknath Solkar. However, Wadekar got Gavaskar to bowl only one over in which he gave away six runs. England had scored 242 runs in the first innings of this match. Keith Fletcher scored an unbeaten 97 runs. Chandrashekhar took six wickets in the first innings. Bishan Singh Bedi and Erapalli Prasanna took two wickets each. The Indian team gave a good reply to England’s score and scored 316 runs. Mansoor Ali Khan Patouti scored 73 runs.

England could not score big in the second innings and were bundled out for 159 runs. Mike Denness scored 76 runs for him in this innings. Bedi and Prasanna took four wickets each for India.

Gavaskar came out to bat at number eight

India had to score just 86 runs to win. Gavaskar was to start the innings with Chetan Chauhan but wicketkeeper Farooq Engineer came. England’s bowlers made it difficult for India to achieve the target easily. However, India had won. On the last day of the match i.e. on January 17, India won and on this day Gavaskar came out to bat at number eight. He remained unbeaten in 11 ball games without opening an account.